The Book Every Single Person Should Read 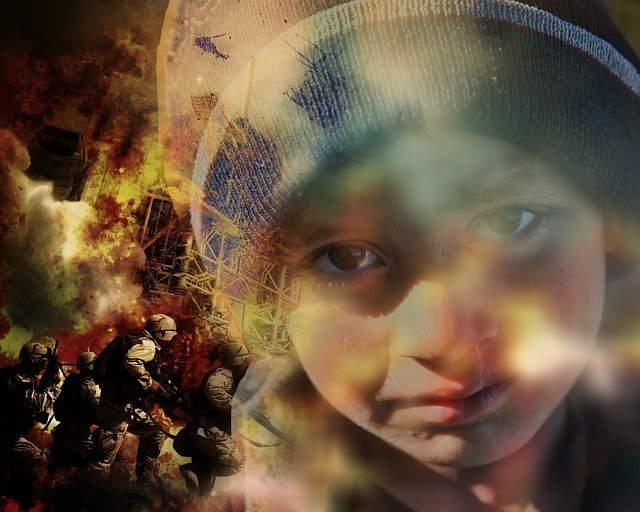 This book is not your usual novel, it is a life lesson for all of us beyond misconceptions, beyond politics and your personal comfort, and simply see human beings.

Brace yourselves, this will get a little political.

Because it is easy to see refugees as a news story, a political debate, a new problem your country has to deal with rather than focusing on your needs.

Do you see what happened there? No? Maybe because we are too used to it… You read right past “refugees”, a noun, plural, describing people, individual people.

When we say British, we like to be specific: Northern Ireland? Scotland? Do we mean English? Where in England, surely we aren’t all the same? Yet when it comes to refugees, we use one term for all, ignoring where they are from, how they have become refugees, the background of their lives, and how many there are.

Even worse, and I am saying this after hearing people around me discuss it at length before the Brexit vote, they are being confused with immigrants.

The people who are seen as a problem, have fled war. They are not here because they want a different life, in fact, you will see from this book it pained them to leave. They had to leave their home, their country, and everything they knew behind. Just to end up squeezed into a run down room somewhere in Europe, where they may not even speak the language. Why? Because their home is a war zone.

What is it about?

Doaa al-Zamel is a Syrian refugee with an incomparable story. Just like the small boy washed up on the beach, her story will stay with you forever.

Her happy life in a large family in Syria, where little Doaa helps her father at his barber shop and dreams of being educated, ends when the civil war starts.

A girl who had the same dreams as any little girl you may know, suddenly sees people being shot, her family locked into their house, tanks driving down the street, her school destroyed.

Her life as a refugee starts when her family flees to Egypt. But this is only the beginning of her long and perilous journey. Crossing the sea to Europe, she was one of only eleven survivors on a ship which left with hundreds of people, including her fiance Bassem.

Here is why you need to read this book

The civil war in Syria started over six years ago now. For six years, there has been increasing violence on the streets, affecting families who up until that point lived normal lives.

Except for the capital of Damascus, people have been displaced. They have either been moved internally or to neighbouring countries.

What we like to call the “crisis” is no accurate reflection of the situation. Turkey alone has taken in ten times more asylum seekers than the 28 EU countries combined. Germany has pledged 30,000 places, which is 82 per cent of the EU total.

Excluding Germany and Sweden, the remaining 26 countries have pledged 5,105 resettlement places according to Amnesty International.

If a fraction of 5,105 seems like a crisis, it is time for everyone to read A Hope more Powerful Than the Sea, to learn about the greater crisis, but also about the individuals who we often only see as news headlines, and not as human beings

A Hope more Powerful Than the Sea, by Melissa Flemming