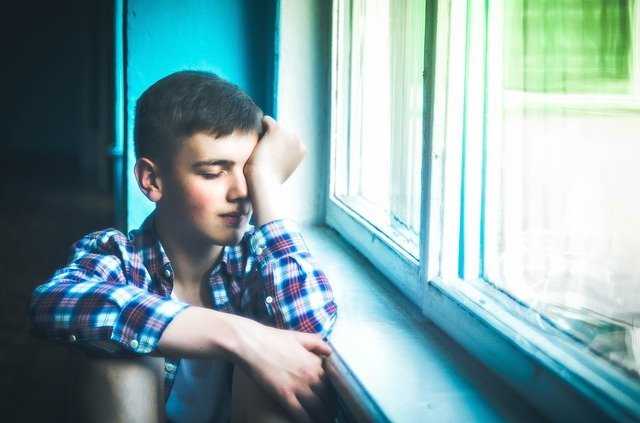 Chronic fatigue is a term we’re all becoming too familiar with. Many of us will go through some period in life with a feeling of persistent exhaustion. However, it does, within a few weeks, subside and life goes on as normal. But for a small percentage of the UK population, the feeling of exhaustion, not just in body but mind as well, is a never ending battle where normal life is just fanciful concept. It is to those we dedicate this months’ let’s talk health feature to. For August, we talk to action for M.E. to uncover some of the startling facts and realities for those that live with M.E. in the hope we can raise more awareness and understanding for a challenging and debilitating disease.

A summary of M.E.

Even in its mildest form, M.E. can have a significant impact on an individual’s life, and not just on their health. A lack of understanding and awareness about M.E. means children, families and adults affected by M.E. can experience disbelief, and even discrimination, from friends, family, health and social care professionals, teachers, employers and colleagues.

For example, one in five (22%) families surveyed by Action for M.E. in 2017 said a safeguarding/child protection referral had been made against them. Nearly half of these referrals related to claims of fabricated/induced illness or FII (previously known as Munchausen’s by Proxy); this heightened frequency of FII claims sits widely outside the national prevalence rate, and 70% of all cases were dropped within a year.

What causes it (if there are known causes)?

The causes of M.E. are still being investigated. Common viral triggers include Epstein-Barr virus, commonly known as glandular fever, but there are likely to be a number of factors involved. It is not clear why some people remain ill with M.E./CFS while others recover; some fully and others to a certain degree.

Symptoms and when to seek medical advice/help

People with M.E. experience severe, persistent fatigue associated with post-exertional malaise, the body and brain’s inability to recover after expending even small amounts of energy, leading to a flare-up in other symptoms including joint and muscle pain, sleep disturbance, problems with concentration, thinking and memory (commonly known as “brain fog”) and issues with the nervous, digestive, circulatory and other body systems.

The challenges of coping with this complex condition, and unhelpful attitudes from those who dismiss M.E. as trivial or psychological (it is neither), can mean that some patients develop symptoms of depression and anxiety on top of M.E.

There is currently no specific test that can detect M.E.  Potential biomarkers – a characteristic by which a particular biological process or disease can be identified – are still being investigated.

M.E. is instead diagnosed by excluding other illnesses that share the same symptoms. This should be a positive clinical diagnosis made on a well-characterised constellation of symptoms. The earlier the illness is recognised; the sooner symptom management and support can begin. Many people with M.E. find it helps to keep a diary of their symptoms so that they can take this to their GP.

How to manage symptoms – what has proved helpful?

There is no single pharmaceutical cure for M.E., so children and adults with the condition have to find a way of managing symptoms using a range of strategies. Because of the complexity of the illness, its fluctuating nature and the wide spectrum of symptoms, different things work for different people, with pacing (a structured way of managing energy, activity and rest) frequently being reported as most helpful by people with M.E.

Two further approaches – graded exercise therapy (GET) and cognitive behavioural therapy (CBT) – are recommended by the National Institute of Health and Care Excellence (NICE) in its guideline for M.E./CFS. However, this guideline is currently under review, and a significant number of patients, scientists and charities, including Action for M.E., do not support the guideline’s view that CBT and GET “are the interventions for which there is the clearest research evidence of benefit” for people with mild to moderate M.E., given legitimate questions being raised about their safety and effectiveness.

It’s very important to note that there is no published research into the effectiveness of GET and/or CBT for those who are severely affected by M.E., and that these treatments are not recommended for severe M.E.

Action for M.E. offers information and advice for children, families and adults affected by M.E., as well as campaigning for improved care and support services, and more research. Call on 0117 927 9551 (Monday to Friday 10am to 4pm) or visit https://www.actionforme.org.uk/