Window Vents Prevent Mould: When to Use, How to Clean 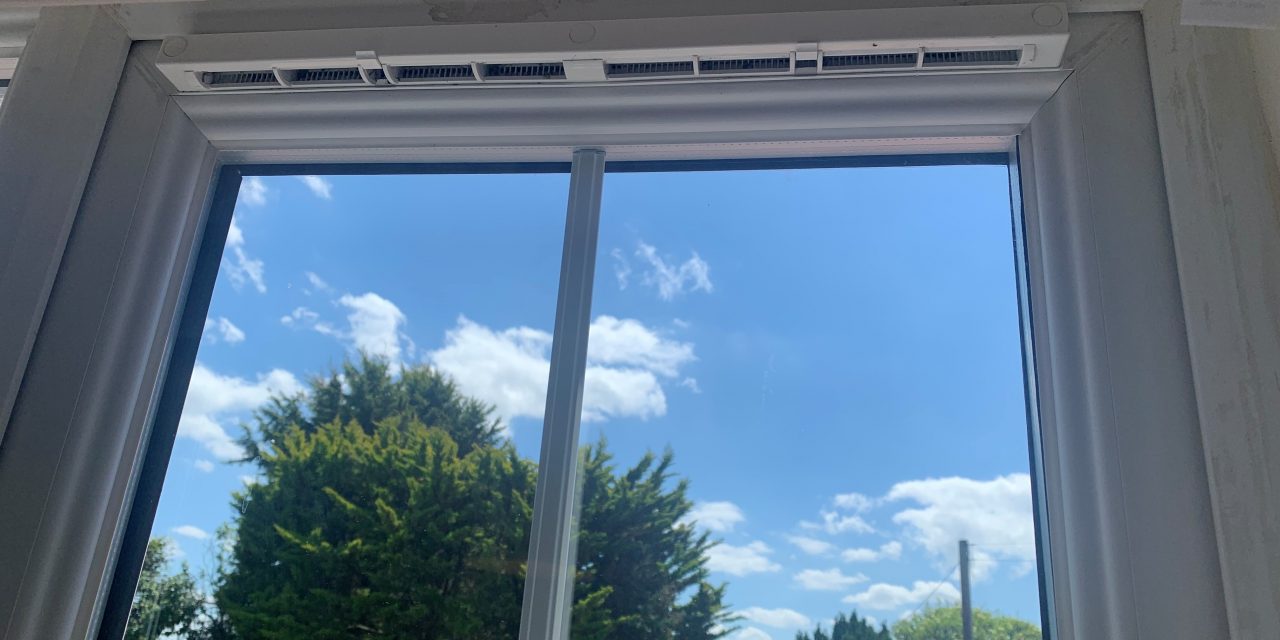 Window vents are little openings in window frames. They may also be known as trickle vents, head vents, slot vents or night vents. When windows are made, a hole is drilled through the frame and a cover is placed over it to create the adjustable vent.

Are all window vents the same?

You can find these vents in any window frame, regardless of the material. There are different types of window vents. They could be ‘through frame’ where they are placed at the top of the window frame. If this isn’t possible, you may have an ‘over frame’ design so the vent is over the head or the frame of the window. It is also possible to have a ‘glazed in’ vent where it’s fitted within the glazing itself.

What are window vents for?

As we’ve become increasingly more eco-conscious, we’ve worked to create homes that are more airtight. By preventing draughts in our homes, we are warmer, wasting less energy and money. This has had the positive impact of increasing our homes’ energy efficiency but has also prevented them from “breathing”.

How to prevent mould

If you have trickle vents in your home, the best thing you can do is keep them open at all times. However, if you’re particularly chilly then you might not want to. In this instance, open a vent at one end of your home and open another at the furthest point away. This might be a bedroom window upstairs and the kitchen downstairs. This can help create a gentle airflow without too much draught.

If you don’t have trickle vents, the easiest thing to do is open the windows. Even in the winter, this is really important to do. Especially so when we’re inside a lot more, cooking more hot food, and drying clothes inside. Our breath alone creates so much condensation in our homes, let alone these other activities.

Wherever possible, keep bathrooms and kitchens well-ventilated as these rooms usually have the most steam within them. Showers, baths, kettles, and cooking food on the hob all create a lot of moisture in the air that causes mould. Another often overlooked reason for mould build up is drying washing inside. A bath towel can hold over a kilo of water so drying them indoors means that’s an awful lot of damp going into your home.

How to clean away mould

If mould has started to build up, the best thing to do is catch it and quick! The sooner you can get on top of it, the less chance it has to spread.

There are some mould specific products on the market. When I was a cleaner, my favourite, and always recommended to my property clients, was Astonish Mould & Mildew Remover.

Top tip: When cleaning mould away, use paper towels. If you use cloths, it has a chance to stay in your home. Put the used paper towels in a bag and immediately put them in an outside bin. This removes the spores from your property entirely and decreases their ability to re-establish.

Even easier is to ventilate rooms well and minimise damp air creating activities so it never even gets a foothold.