Known as the windy city, for Michael Jordan and the Bulls and of course for its famous deep dish pizza; but a major takeaway for me when I visited this famed city is that to me, it feels like an up and coming New York.

Funnily, my trip to Chicago coincided with a holiday to New York. Perhaps my comparisons were ripe because the two cities were experienced simultaneously but even a year on, the similarities are sticking in my mind.

What New York is famed for is the shopping, entertainment, food, architecture and theatre, and Chicago has this in abundance.

In Chicago you’ll still find Macy’s and Sak’s Fifth Avenue as well as the popular high street clothing and homewares as well as Starbucks on every corner; you’ll still find chain restaurants with a few original dishes thrown in the mix too. As for architecture, Navy Pier is a sight to behold; it sits on the Michigan River and offers a backwards glance at the gleaning city with its very own skyscrapers, which at night, it absolutely breath-taking; Cloud Gate, a mirrored bean-shaped sculpture is a tourist favourite too. 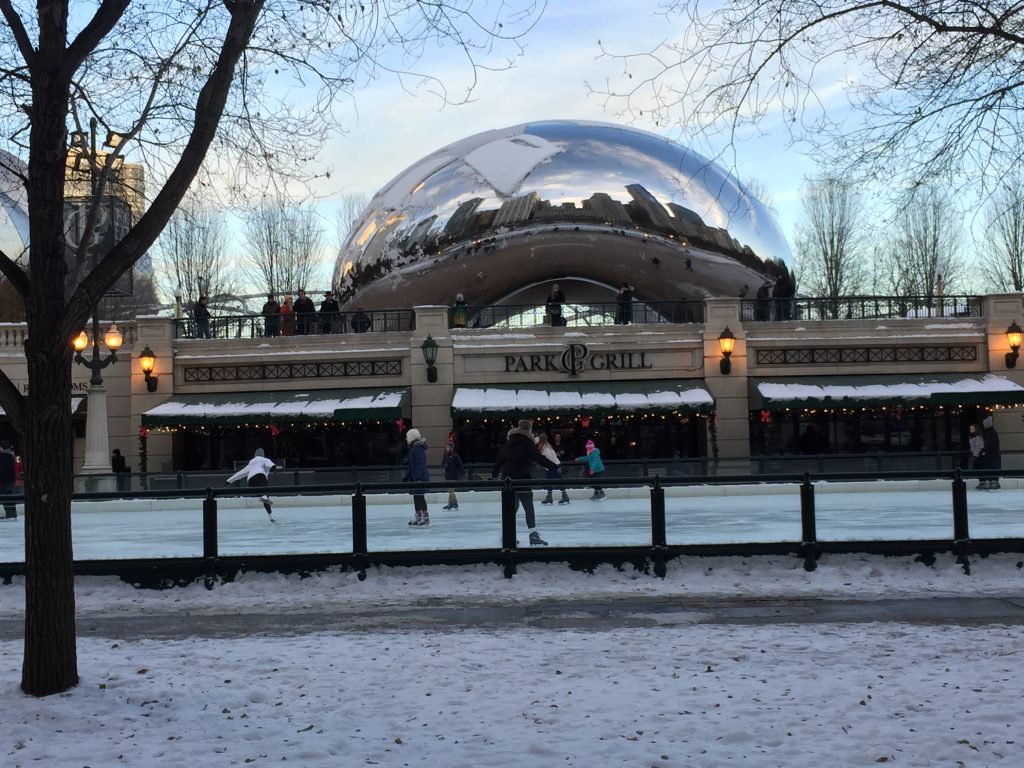 Until recently the only thing that Chicago seemed to lack was the Broadway experience; the emphasis is on recently. Chicago now has ‘Broadway In Chicago’ and you can catch some of your much loved, often sold out shows, in Chicago and probably at a cheaper price. So instead of waiting months to see Hamilton, you can pretty much, most nights, see it on the same day you book.

Probably the most distinguishing feature between New York and Chicago was the volume of people. I mean it was exceptionally cold when I went, but overall there seemed to be much fewer people out and about, the cities roads didn’t seem as clogged and public transport was readily available.

But here is the crux of it.

You can get the New York experience at a fraction of the price. 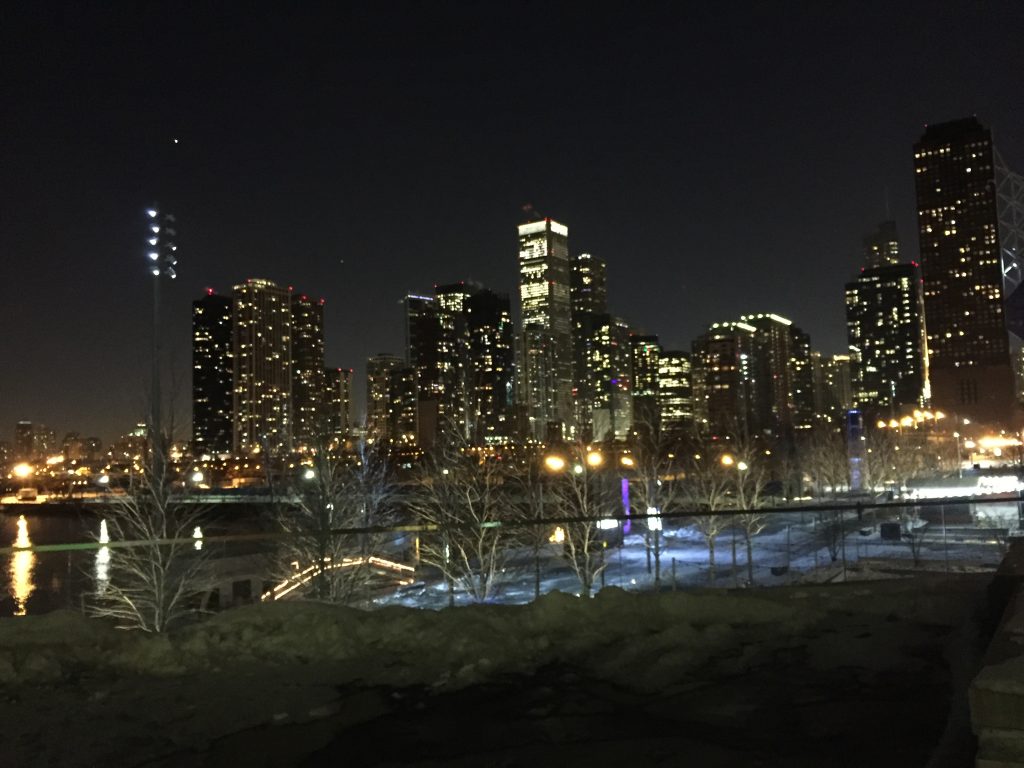 To stay in New York, you can look at around a minimum of £200 per night for 2 in a 3 star hotel. But in Chicago you can stay in a 4 star hotel for a minimum of £70 per night. That’s a 73% cheaper. Think of how much extra shopping money you’ll get! There is a slight difference on the flight price though, depending on when you go it could be up to £200 more expensive to fly direct to Chicago but you’ll still, overall, have a massive saving!

So if you’re a seasoned New York traveller wanting to do some Christmas shopping, give Chicago a go we’re sure you’ll not be disappointed and even pleasantly surprised. Especially as you’re more likely to get snow there.

For those of you that haven’t been to New York, it is a city I love and hold very dear to my heart but even I would convince you to go to Chicago if money is your biggest factor.