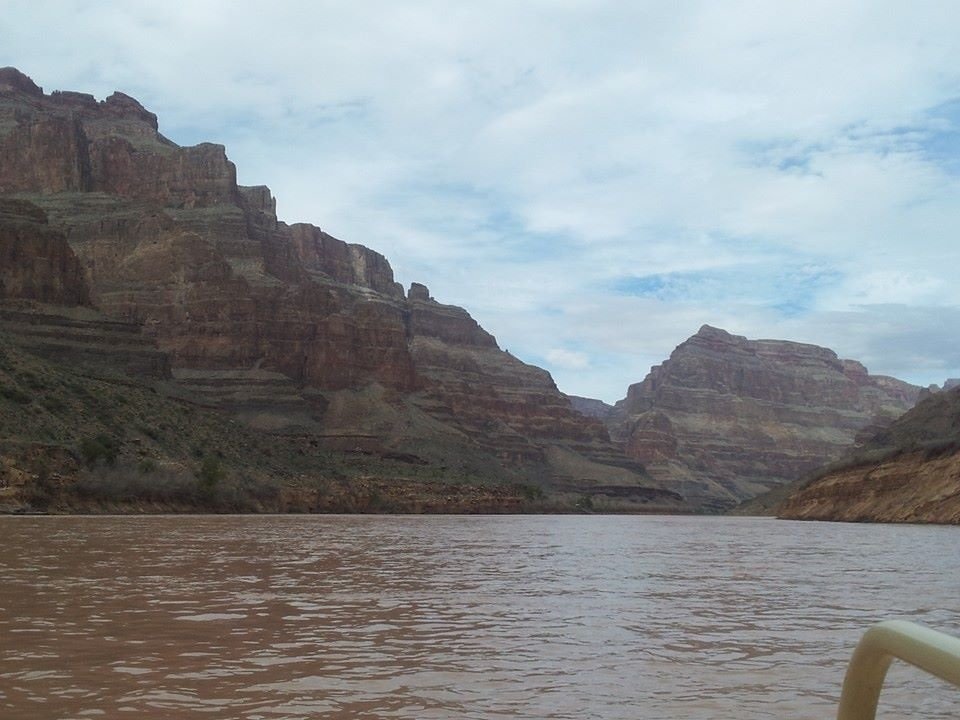 If you visit Las Vegas or any of the surrounding cities, a visit to the glorious canyon is a must on your itinerary. The only problem is which package, which ‘rim’, to visit.

A bit about Grand Canyon

Geologists predict that The Grand Canyon is approximately 6 million years old. The Colorado river which flows through the canyon, is thought to have eroded the rock which has given it it’s formation; this and the effects of the Colorado plateau lifting. The Grand Canyon is: 270 miles long, up to 18 miles wide and 1 mile deep. The various geological features and rock types give The Grand Canyon it’s glorious colour, which will often appear to change in colour due to lighting and weather, and appearance.

There are three accessible, tourist locations: The South rim, the West rim and the North rim.

Is the shortest distance from Las Vegas at 122 miles away. The West rim  is the home to the Hualapai (meaning people of the tall pines) tribe, who own 108 miles of the Grand Canyon, and was first opened to visitors in 1988.  This is the tour that we went on, which was on the ultimate package: Coach ride to and from the Canyon, a photo stop at Hoover Dam, a helicopter ride down into the canyon with a pontoon ride down the Colorado River- where there are more opportunities to capture the Canyon from a different and spectacular viewpoints, Skywalk, lunch and an opportunity to stop at other locations for alternative views. This includes the Hualapai Ranch, Eagle Point (home of the Skywalk) and Guano Point. 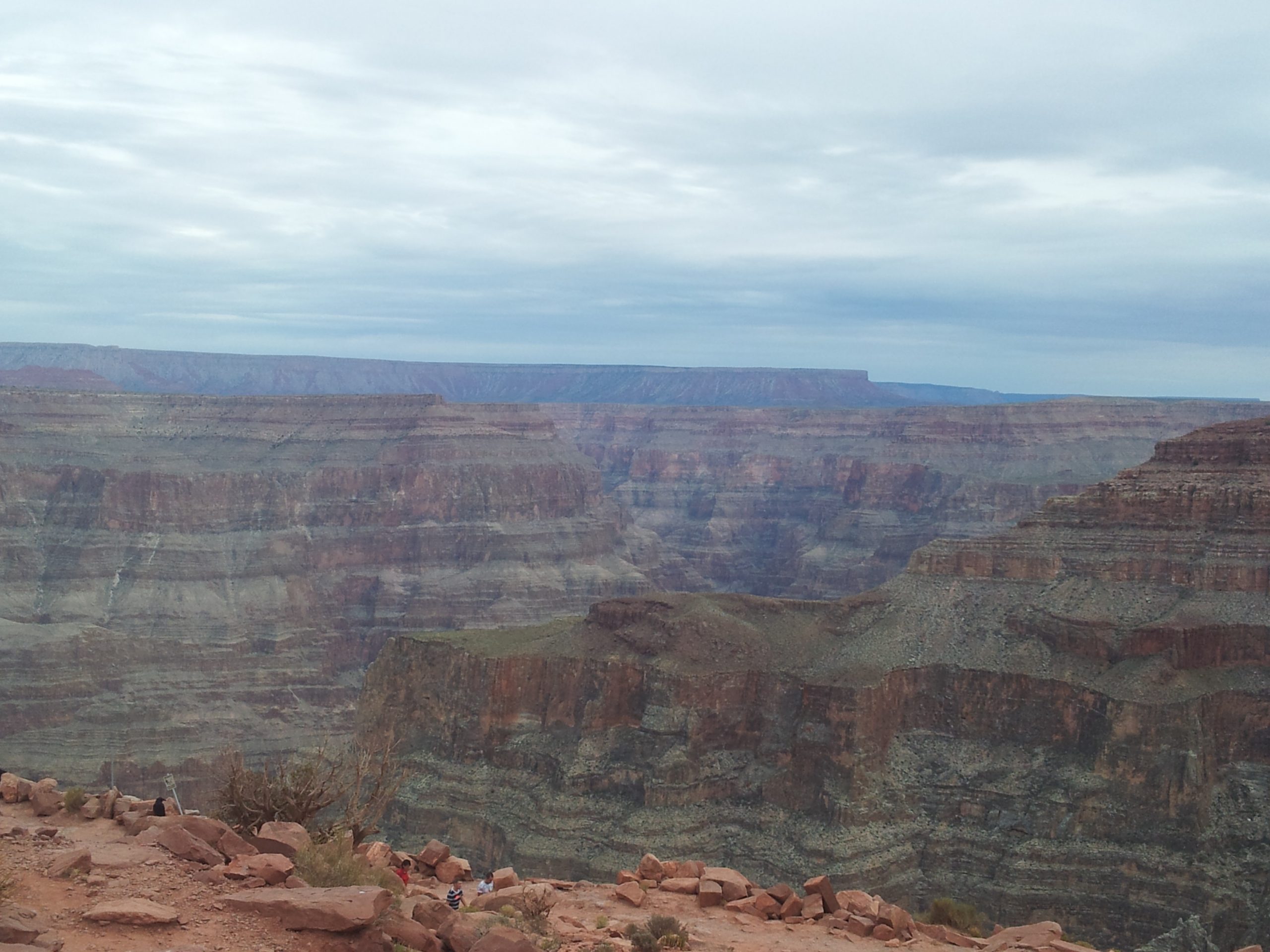 Note that your time is considerably limited on the excursion we booked- our driver allocated us 4 hours at the Canyon, and with queues likely at the helicopter tours and Skywalk you will, very unfortunately, not have much time at the other locations.

The helicopter tour (I hate to fly so this was something I was quite nervous about) was outstanding. The trip was smooth and comfortable and offered absolutely breathtaking, alternative viewpoints. It is the only opportunity to see the Grand Canyon at the base which, when surrounded by it’s beauty, is indescribable. There is also a significant temperature difference as there is very little breeze flowing through the bottom of the Canyon so you’ll certainly notice the difference in the heat!  The boat ride lasts approximately 20 minutes (there and back) but it isn’t all continuous driving as the operator does make various stops/slows the pace considerably to allow for many photo opportunities. 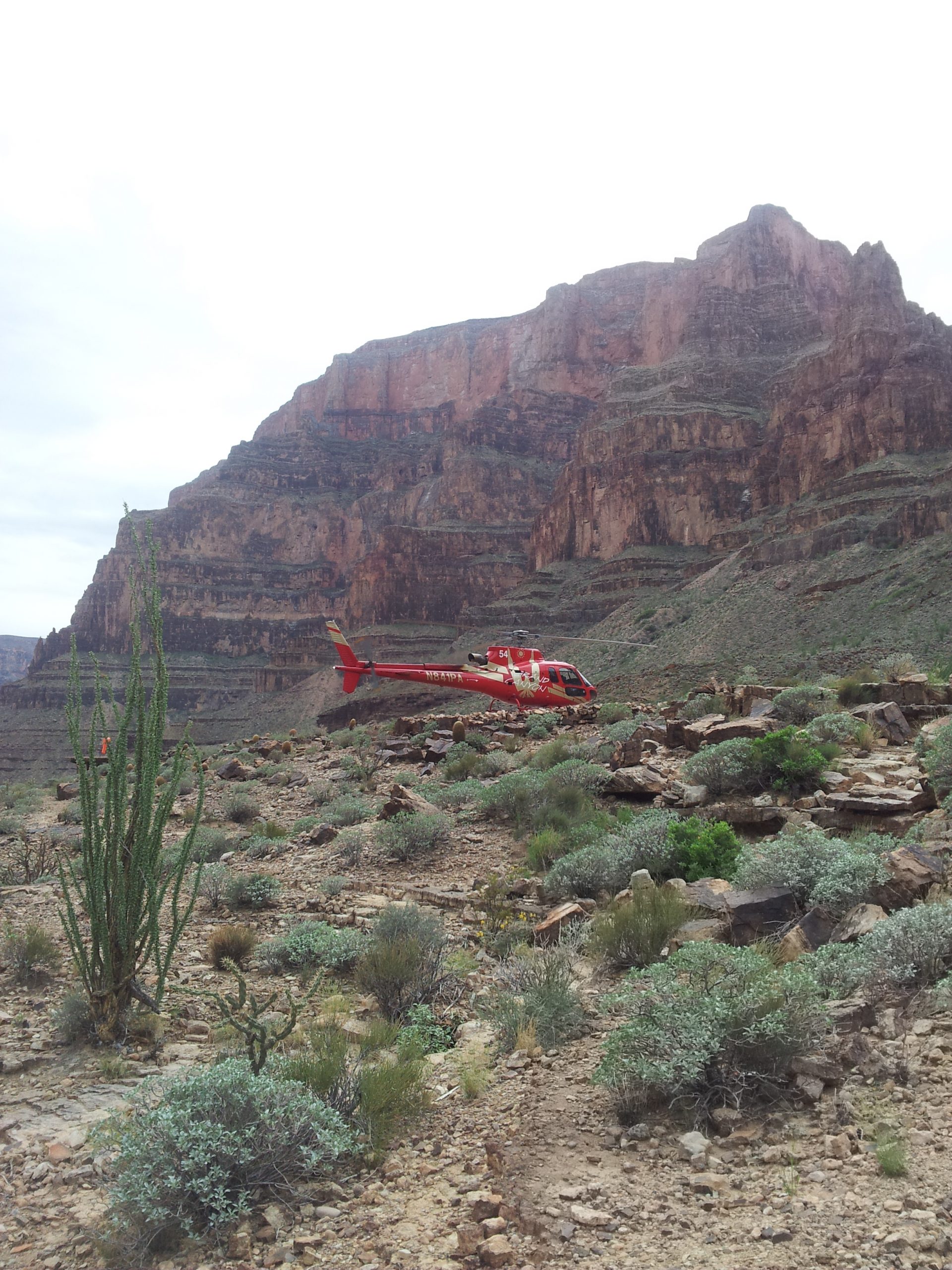 Once ascended back to the top of the canyon, once again by helicopter, you need to hop onto the shuttle bus (which is frequent enough at all locations. You are never waiting for long if at all) and head to the next location. If you take the same package as us, you will need to miss out on the Hualapai Ranch as there simply isn’t time.

Is the Skywalk at the Grand Canyon worth it?

We headed straight to the Skywalk where there is a considerable wait to access. This is perhaps the most frustrating part of the trip as it feels like time wasted (we waited around 20-30 minutes). The wait is because there is a ‘professional’ photographer on site. They want to take lots of photos from many different angles so you have plenty of choice when you want to buy one. But eats into the limited time you have. However, it is the only opportunity to get a photo as you can’t take cameras or phones onto the Skywalk. We only allowed for only a few photos to be taken so that we could head off to the next attraction. 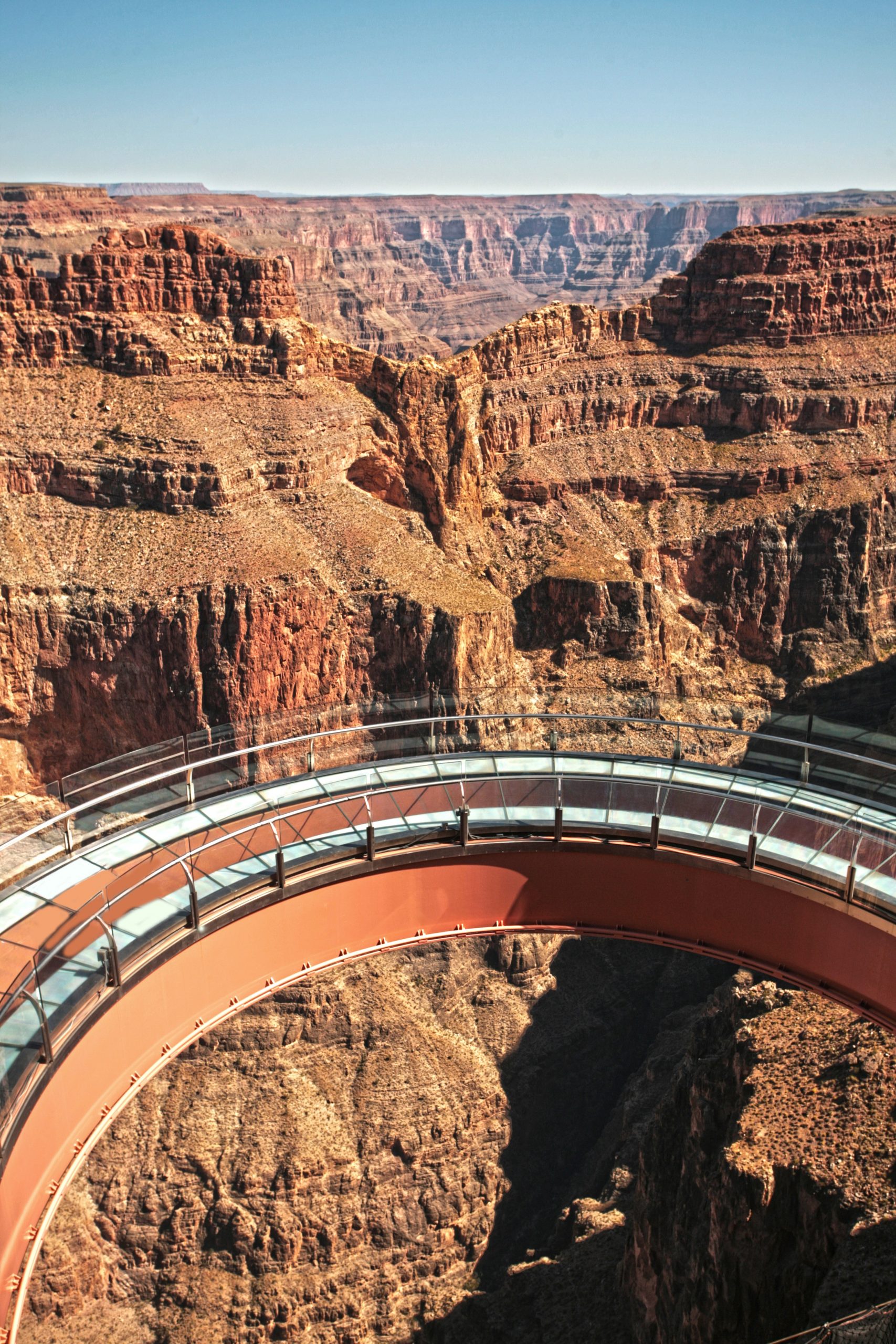 I am pleased that the Skywalk was included in the package (which I suppose forced us to do it so that we had value for money), but would have been disappointed if we had done it as an add one once there. This is because I didn’t feel like I was walking in the air (which is how it is described as) and only feels like you are standing on a railed edge of the canyon rather than actually over it. However, it was, again, a different perspective to the canyon tour and as it is in a different location to the main base, there is more variation in the colour and rock formations. I will also say, that is is known as Eagle Point for a reason!

Where to have lunch when you’re there

After the Skywalk we headed to Guano Point which was highly recommended by our driver for a spectacular view to have lunch in. I couldn’t agree more! The view was so picturesque, you can’t quite believe you are actually seeing it. This is part of it’s beauty; it is so beautiful, you think it can’t possibly be real. We ate our lunch at a super speed (as we had only 30 minutes remaining before we needed to be on our bus back to Vegas) so that we could grab even more outstanding photos.

The most frustrating part was the lack of time available. I could see no reason why we could not spend another hour or two on location. Especially as some visitors on our tour were (un-apologetically) and hour late. Despite this we still arrived back into Vegas by 6:30pm. This would have allowed for a more leisurely lunch at Guano Point, an opportunity to explore Hualapai Ranch and enjoyed all of the locations more fully.

If you are interested in taking the same excursion as us, we can’t recommend highly enough the outstanding service Papillon delivered. Our driver was highly knowledgeable (having worked on the Grand Canyon previously), considerate and generally lovely to be around. Our trip included the coach trip to and from, helicopter ride, pontoon boat ride, Skywalk, shuttle buses and lunch.

It was a magnificent site and well worth the visit and as you can see, extremely excellent value for money.