The Alternative Grains to Wheat 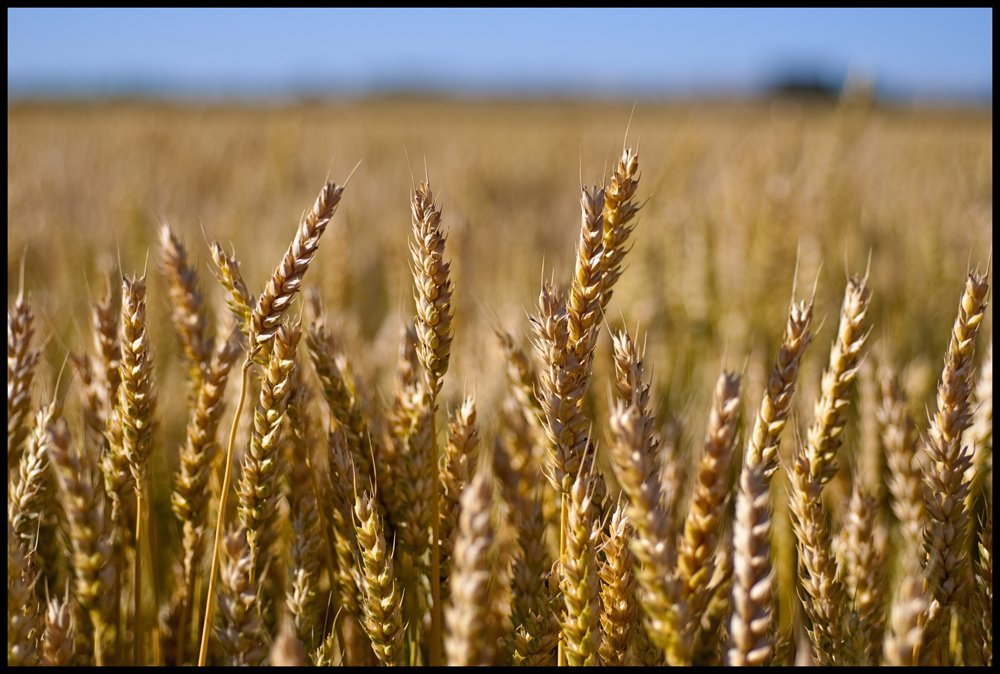 Whilst the wheat we eat in the UK is not (yet) genetically modified, for many of you it may contribute to a host of unsavoury health problems and issues – ‘weight management’ being a major one. If you think you may suffer from digestive-related issues because of wheat, we have some suggestions for alternative grains and seeds that can help.

Consuming wheat may be the underlying cause of:

You would be surprised how many people are intolerant to wheat and just don’t know it! I’d recommend that if you have any of the symptoms above, try cutting the wheat out of your diet just for a week or two and see if the symptoms disappear.

You can have a serious allergy to the gluten found in wheat, known as ‘celiac disease’. Celiac disease is an autoimmune condition where there is specific damage to the lining of the small intestine and can be life threatening if the person diagnosed with it eats any gluten at all. Gluten is found in wheat, rye & barley and can block the absorption of essential vitamins and minerals like calcium & iron, creating further health problems for people with celiac disease.

There are plenty of alternative seeds and grains out there which can help make your transition to a wheat-free diet, easy & painlessly, as well as being much more healthier for you.

The mainstream alternatives to traditional wheat are buckwheat and rice 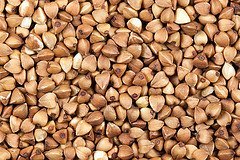 Despite its name containing the word ‘wheat’, buckwheat is 100% gluten free and is actually a member of the rhubarb family. Buckwheat is a protein and nutrient-rich seed which you can eat as you would any other grain. The seed is ground into flour and buckwheat flour can be purchased from most supermarkets or health stores and can be used as you would any other flour.

Rice is also 100% gluten free and if you opt for whole-grain brown rice, you’ll benefit from a massive amount of essential B vitamins which contributes to our overall energy system, as well as high levels of potassium. 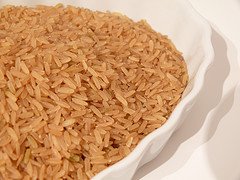 Even if you don’t know how to cook and are finding it difficult giving up your beloved processed wheat-based foods, fear not, you can now easily find loads of convenient products such as pasta, noodles, breads, crackers etc. that is made from buckwheat or brown rice. Just look in any big supermarket’s ‘free from’ range or High St health shops.

Some other alternatives just as good

Less well-known alternatives are the ancient seeds amaranth & quinoa.  Both have long fascinating histories but have made their way back to British diets over the past 10 years. 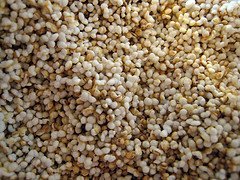 The word ‘amaranth’ means ‘everlasting’ in Greek. This tiny seed has endured the ages as an important food source for ancient civilizations in South America and Mexico, to its current resurgence in western society as a highly nutritious, gluten-free grain. Amaranth seeds can be used as you would any other grain and ground into flour. Both amaranth & quinoa are much higher in protein, essential vitamins & minerals than wheat.

Pronounced ‘keen-wah’, it was a staple part of the Incan diet, and was referred to as ‘grain of the Gods’. The Inca warriors believed it contributed to their strength and overall health. Quinoa is not actually a grain but a seed and contains a much healthier spectrum of protein than wheat. Also, the vitamin & mineral profile is said to be fairly balanced and high in amounts. 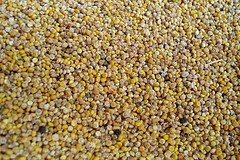 Quinoa can be used as you would use any grain. Try quinoa porridge and add some dried fruits & nuts for a healthy breakfast, or use as an accompaniment to any sweet or savoury dish.

I like to eat quinoa cold with added grated carrot, apple, spring onions, frozen peas and any other leftover vegetables sprinkled with a little apple cider vinegar & olive oil. I find it keeps well for days and makes a great lunch whether I am eating at home or on the go.

Two inexpensive alternatives which have worked they way into western cuisine are gram & millet. 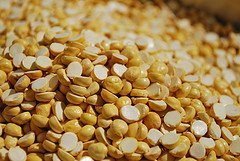 Gram is made from chickpeas and is an essential ingredient in the Middle Eastern and Indian cuisine. It is also widely used now in the UK gluten-free market. It is dense flour and is an excellent choice when making savoury pancakes, scones, dumplings or fritters. Chickpeas also have a wide range of healthy vitamins and minerals and contain a good ratio of protein.

Now millet is not just for ‘Rocky’ – your pet budgie! It can do you some good for you as well. Millet is an inexpensive, highly nutritious gentle grain which is very versatile. You can use millet as you would any other grain and is a great gluten-free alternative to couscous. It also makes great porridge and meal accompaniments. 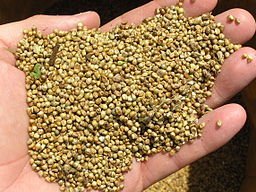 So, what are you waiting for?  The proof of the pudding is in the eating, so to speak. Get out there and try some of the alternatives I have mentioned. You may be surprised by how much healthier you feel as well as enjoying new delicious tastes and flavours.

If you’d like to discuss your individual needs then don’t hesitate to get in touch.