The Rise in Chronic Conditions 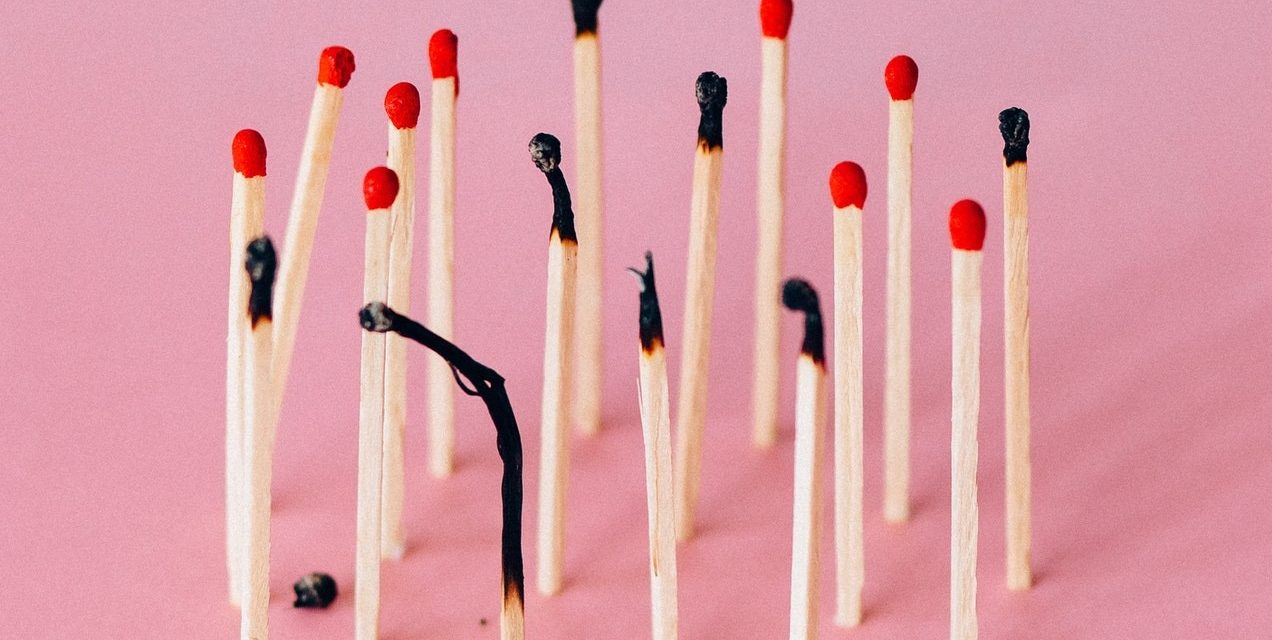 In the media and through first hand accounts from friends and family members, we’re hearing more and more about chronic conditions like M.E., fibromyalgia and IBS. Yet, skepticism of such conditions remains high and support low. So, in a bid to raise awareness, a better understanding and a quest for some tangible advice we can use to take action, we talk to nutritional therapist Tracy Tredoux (@TracyTredoux) for both those that suffer from these debilitating conditions and those that love and care for those going through it.

What do fibromyalgia syndrome (FMS), chronic fatigue syndrome (CFS)/ME and irritable bowel syndrome (IBS) have in common? They are all ‘syndromes,’ with medical names that merely describe a collection of symptoms, varying in intensity and nature from person to person. These symptoms are generally chronic (i.e. ongoing) and are considered to be subjective, meaning they cannot be determined or measured by tests. They are difficult to diagnose, difficult to understand and treat, and until recently, often not considered to be a real medical condition. A diagnosis of these conditions is arrived at by a process of elimination. In other words, all other illnesses mimicking the symptoms of either FMS, CFS/ME or IBS must be ruled out before doctors can arrive at any of these diagnoses. Unfortunately, today, more and more people are suffering with one or more of these chronic conditions. This has resulted in an increasing number of medical practitioners gaining deeper insight into the many possible underlying root causes of these syndromes. This article focuses on CFS/ME, and FMS and the role viruses play in these conditions.

FMS is a chronic condition causing pain, tenderness of the muscles, tendons and joints, stiffness as well as often tiredness, anxiety, depression, disturbances in bowel functions and restless sleep, with symptoms varying widely from person to person. Similarly, symptoms of CFS/ME can vary widely from one individual to the next. The most common symptom is overwhelming exhaustion that worsens with mental or physical energy expenditure and does not get better with rest. In the past, without an ability to pinpoint a cause (typically blood tests and scans come back normal), many physicians attributed these conditions to psychological origins and in the late 1980s They treated hundreds of patients with anti-depressants. At best, the prescribed anti-depressants would help improve the mood of sufferers to some extent but no more than 10% would get better. Today there is a better understanding that these conditions are a real problem. One of the first integrative medical practitioners to link viruses to CFS/ME and FMS was Dr J.E. Williams, OMD, a specialist in viral immunology practicing in Florida, USA. He himself became sick with Dengue fever after returning from the Amazon. After recovering from the acute illness, he developed all the symptoms many of his clients had been complaining of (and to which he too had applied some degree of skepticism) and himself went on to suffer with debilitating joint pain, FMS and CFS for many years. As a result, he developed an interest in the possible link between viruses and CFS/ME and FMS.

Viruses and the link to CFS/ME and FMS 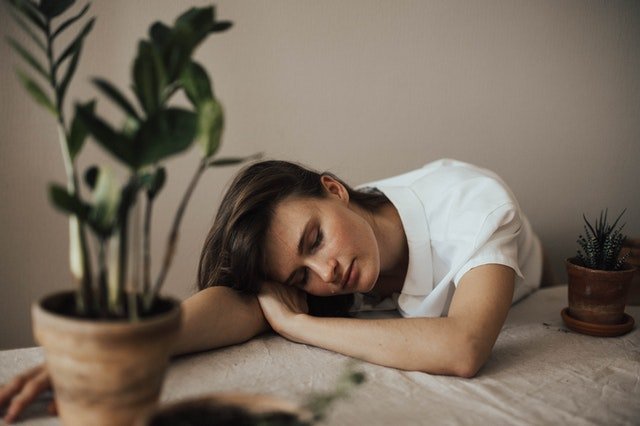 Dr Williams explains that today fatigue is replacing fever as an evolutionary change model of how we are responding to microbial infections, with symptoms often surfacing later. Typically, with an acute infection from a microbial organism (bacteria, virus, parasite) we mount a fever as a response to that organism. For thousands of years doctors have known that a fever is the first sign of illness. However today we are so overly exposed to microbes (from pets and other animals, travelling etc.) that there is a shift happening and many people no longer drive a fever response but a fatigue response instead. A high fever in a young, healthy person is a normal response to a viral or bacterial infection, lasting 12-72 hours. The heat activates certain chemicals in the body that are temperature sensitive and that help fight off the infection. However, a sustained high fever will cause damage to the brain, nervous system and other tissue, so evolutionary, we do not want that going on too long. There are also variations of fever responses; some people get chills, some a low-grade fever, some get night time spikes. Often, without more acute symptoms, many attribute these symptoms to feeling ‘under the weather,’ or a bit ‘fluey,’ without realising this response is due to a viral or bacterial infection. CFS/ME and/or FMS can then surface later as a chronic or latent response to that infection. Dr Williams and many other practitioners (e.g. Dr Klinghardt) identify viral infections as one of the most common triggers of CFS/ME and FMS.

Where viruses are not the causative factor in these conditions, they often co-exist with other events such as:

This is where the main problem lies for most CFS/ME and FMS sufferers. Clinically inexperienced practitioners often chase symptoms, prescribing pharmaceutical drugs which attempt to mask the symptoms without getting to the cause. The current medical model is better suited to acute illnesses than chronic conditions. As a result, many practitioners know how to identify specific acute symptoms associated with a particular organism (high fever, headaches, nausea, diarrhoea, fatigue, muscle aches and pains) but not chronic, latent symptoms, particularly in the absence of an acute reaction. In many cases, this further results in incorrect tests being undertaken (scan, blood tests etc.), many of which come back normal. According to Dr Williams, any patient who has suffered with CFS/ME and/or FMS without a diagnosis or relief of symptoms for an extended period of time (often having consulted numerous medical professionals), should be tested for viruses. Once tested, there are several common viruses that are being seen in these patients.

Common viruses seen in patients who have CFS/ME symptoms

EBV is the most common virus associated with CFS/ME. It affects the central nervous system as does Lyme disease (LD). It is often important to start by ruling out LD, which is currently reaching pandemic levels as more and more people fall victim to this tick-borne disease (becoming more widespread, not only in many parts of USA but in most parts of Europe, including the UK and other parts of the world). LD is often accompanied by one or more of the co-infections listed above.

The first problem with diagnosis, therefore, often relates to a failure to run the appropriate tests. Another problem, according to Dr Williams, relates to the interpretation of certain test results. Typically, when testing for viral infections, Drs are looking at IgM and IgG antibodies. IgM antibodies indicate a current, acute infection, and IgG antibodies are generally regarded as indicating past exposure or historic infections which cannot tell you about a current position – only that you have been exposed at some point in the past. It is this conventional interpretation that Dr Williams believes is doing CFS/ME and FMS sufferers a huge disservice. In many of his CFS/ME patients, EBV IgM antibodies are coming back as negative, indicating that there is no acute infection. However, the pattern that has been emerging with these patients is abnormally elevated IgG antibodies (500, for example, when the upper limit is 22).

Some practitioners are saying that a distinction needs to be made between patients with slightly elevated IgG antibodies and those with abnormally high levels. Dr Williams goes as far as saying that he is finding as many as 90%-100% of his patients with abnormally high IgG results in regard to one or more of the viruses mentioned above, are suffering with symptoms correlating with CFS/ME and/or FMS, indicating a likely chronic or latent infection.

In the UK, places like Breakspear Medical Centre and The London Clinic of Nutrition have medical and other healthcare practitioners with a more in-depth understanding of the role LD and various viruses play in CFS/ME, FMS and IBS. There are also other factors that need to be considered, such as gene mutations (MTHFR for example), heavy metal/environmental toxicity, food intolerance’s, leaky gut, stress, hormonal imbalances, EMF sensitivities etc. Running the appropriate tests is the most important first step in establishing a protocol aimed at improving symptoms and restoring health.

The role of diet and lifestyle medicine

Today, more and more studies indicate the extent to which a healthy diet and lifestyle can cure, control and prevent chronic health conditions. A focus on diet and lifestyle recommendations aimed at detoxing heavy metals, reducing stress, balancing hormones, repairing leaky gut, reducing viral load and building immune support to give your own body a better chance of reducing symptoms related to CFS/ME, FMS and IBS would be beneficial.

One of the most important things to understand in regard to CFS/ME and FMS, is the extent to which many sufferers experience depression, anxiety and a feeling of loneliness. This is largely due to the fact that, with standard tests coming back normal, sufferers become more isolated, as friends and family become fed-up and thus fail to support a person whose symptoms are not only very real but are also extremely debilitating. So be sure to reach out a helping hand to anyone you know that suffers.

Tracy Tredoux is a fully qualified Nutritional Therapist, living and working in London. When not giving talks or consulting with clients, she writes health and nutrition articles, tips and recipes which you can find at @TracyTredoux