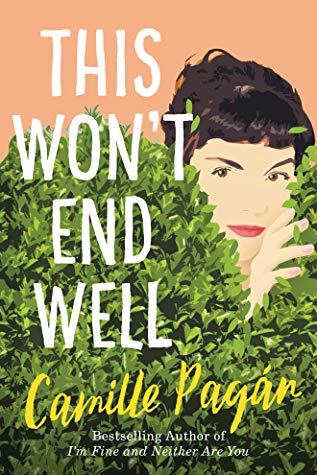 A main character you can relate to, side characters you end up loving more than you thought you would, some humour, some sadness, some intrigue and some tough decisions.

Pagán’s sixth novel is about a woman whose fiancé decides to pack up and go to Paris just weeks before their wedding. While he says he is coming back, it is just not very reassuring…

Annie is not your average heroine, she is a scientist, focuses on facts, and has a policy of not allowing new people into her life. But life isn’t a clean lab environment and some people come in and out of your life whether you want it or not.

And so Annie deals with her mother and their somewhat difficult relationship, the weird new neighbour who may or may not be in danger, the weird man she met when spying on her neighbour, the few friends she had previously allowed into her life, and of course her fiancé who is off seeing Paris and wants no contact to allow for a full immersion into French culture.

You don’t know what to expect and and half-way through I just couldn’t put it down anymore.