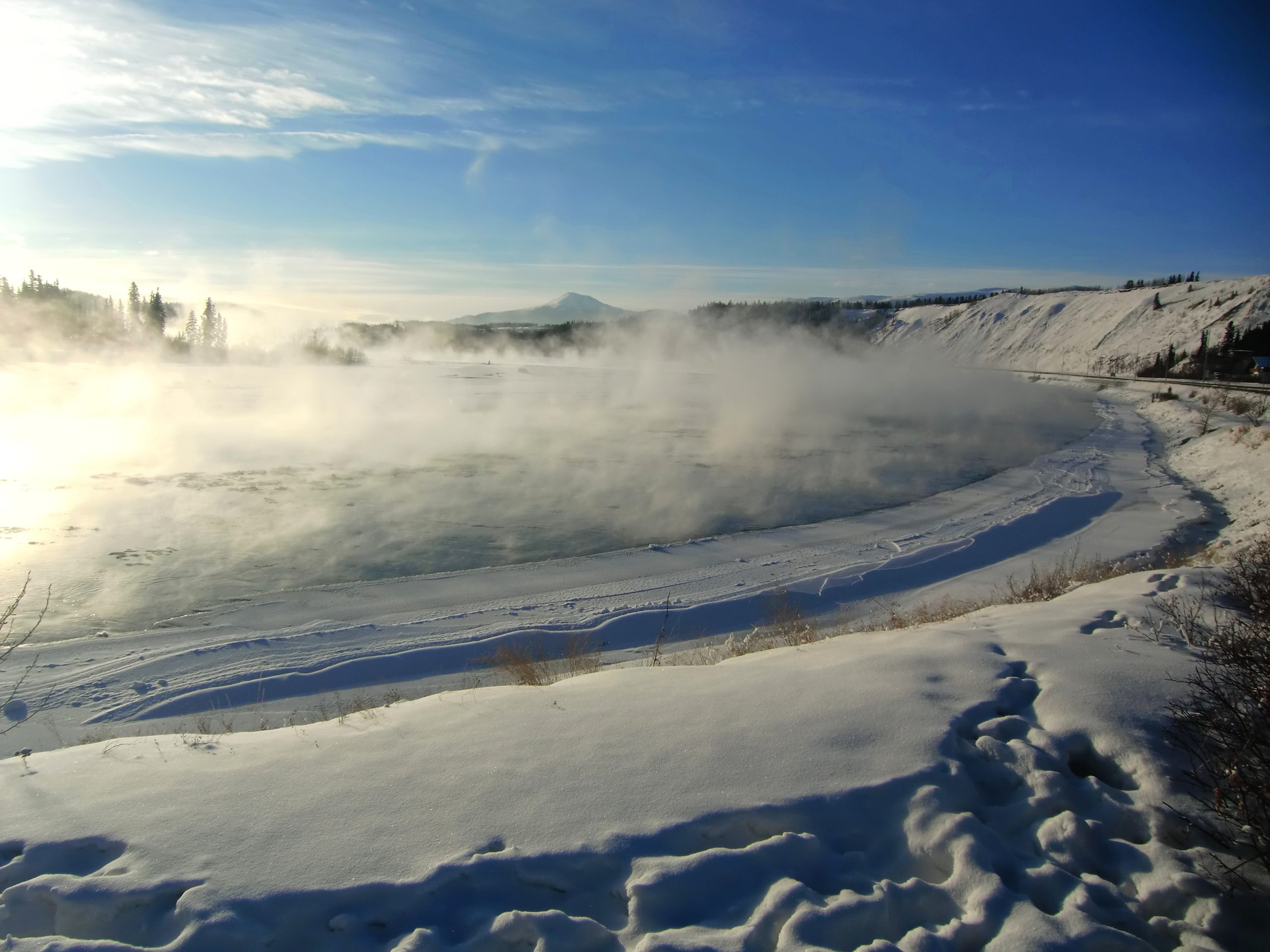 Moving to a new continent, sparsely populated, with extreme weather seems crazy, but with no preparation, no months of reading up on survival techniques, it seems impossible.

Yet, here is proof that it is doable. Dorian Amos wrote down the story of how, together with his wife, he left his Cornwall life behind and travelled up the Yukon.

On some wide meandering stretches of the water it was possible to see the slant of the river as it flowed through this magnificent land, sometimes even up a slight incline. The river dragged with it the whole trees with their roots still clinging to rock and soil.

The descriptions of Amos’ new life are beautifully written and will make you want to pack your own bags and leave. An adventure all alone in nature sounds romantic but there is also a flip side. Life in the Yukon is certainly not always as magical and comes with challenges we can hardly imagine here in England.

This morning we awoke to 35 below and it’s still dropping. These are what we call ‘get the dog in’ times, when ice crystals float on a biting wind and a rainbow arches out of the valley. It’s a beautiful morning, our nostrils fill with ice, our skin burns and trips to the outhouse have to be very short.

Dorian and Bridget moved to Canada and after a few months of settling in, embarked on their journey up the Yukon River. All they had was their dog Boris, Pricey – the car – and some essentials. Any travel book or survival guide would have said they were setting themselves up for failure, having no wilderness skills and no plan of where they were going.
And yet, day by day, they made their way across the territory, all the way to the north, where they found a cabin in Dawson City. Cabin may be an overstatement, it was hardly liveable, but somehow, with a lot of time, and effort, and trial and error, they built a home – log by log.

My body froze, my bum winced and the hair on the back of my neck stood upright as I looked into the big brown eyes of a black bear only feet away. The bear was watching us with interest and smelling the air. It was huge. I couldn’t see past its shoulders, it just seemed to go on forever.

The encounters in their day to day in the Yukon are fascinating and the life sometimes unimaginable. Being separated for months at a time waiting for a river to freeze or defreeze and acquiring Sled Dogs as a mode of transport has become their reality and more importantly, what to us may seem like a very basic life, they have discovered as the only way to be truly happy.

The summers are a truly magical time in the Yukon, hot and dry and timeless. It doesn’t go dark so you can be sitting on the deck at midnight and swear it’s only six o’clock in the evening.