Review: The Girls of Brackenhill by Kate Moretti 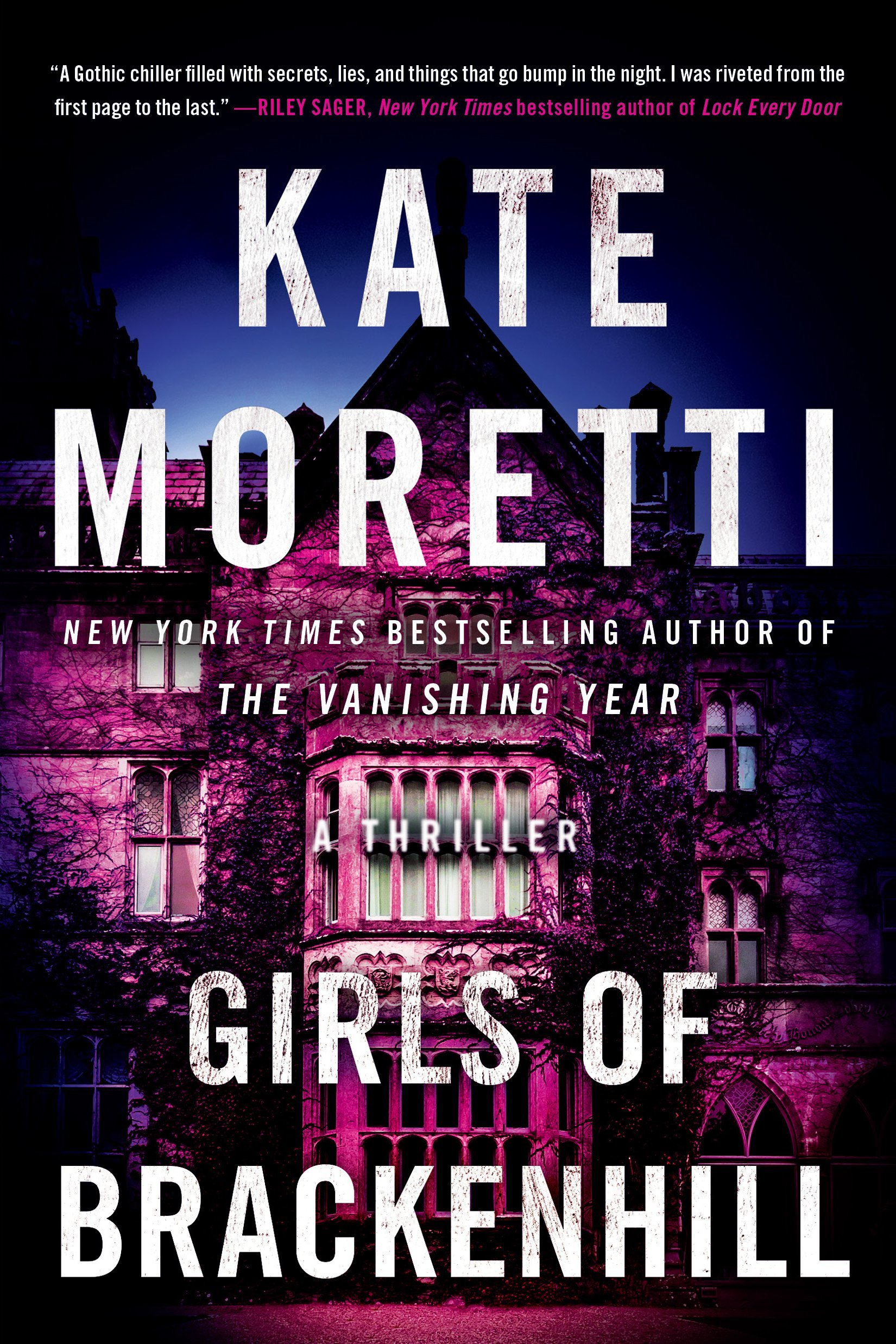 This is a gothic mystery about family, a castle, a small town, and a lot of secrets.

Hannah used to spend her summers at Brackenhill with her sister, visiting her Aunt Fae and her Uncle Stuart. The sisters would play in the garden, explore the old castle, try the countless doors (some of them seemingly always locked, as though something was hidden behind them), and later cycling to the town, making friends and hanging at the pool. But it all ended when one summer, Hannah’s sister Julia disappeared and Hannah was taken back home to her mother and abusive alcoholic stepfather Wes. Hannah Maloney never set foot at the castle again.

That is, until her Aunt Fae has a car accident and is called back to Brackenhill.

Suddenly, she has to face everything she left behind – most of all her sister’s unsolved disappearance – as well as some new mysteries involving a human bone found on the edge of the castle grounds, the mystery around Ellie, Julia’s best friend who vanished a year before Julia herself, a muttering from frail and dying Uncle Stuart about an accident and a girl named Ruby.

Hannah has to deal with seeing Wyatt – her first boyfriend who her sister stole from her – who is now in charge of the investigation into Fae’s death, as well as Fae’s friend Jinny, who taught Julia all about witchcraft in her last summer at Brackenhill.

So, if Fae’s death was no accident, and there was something involving a girl named Ruby, and Ellie and Julia both disappeared without a trace – what is happening at this castle? Hannah becomes obsessed about finding out the truth.

Whilst reading along I thought I knew the answer. And then I didn’t. Then I thought I solved it again. But I hadn’t.

The book will have you holding your breath, hoping not to be right about some of your suspicions, and leave you guessing until the end – the VERY end.

You can find The Girls of Brackenhill at Amazon. Please note that this is an affiliate link and we may make a small commission on any purchases you make through them. This is one of the ways that helps to fund the publication and allow us to have free articles.