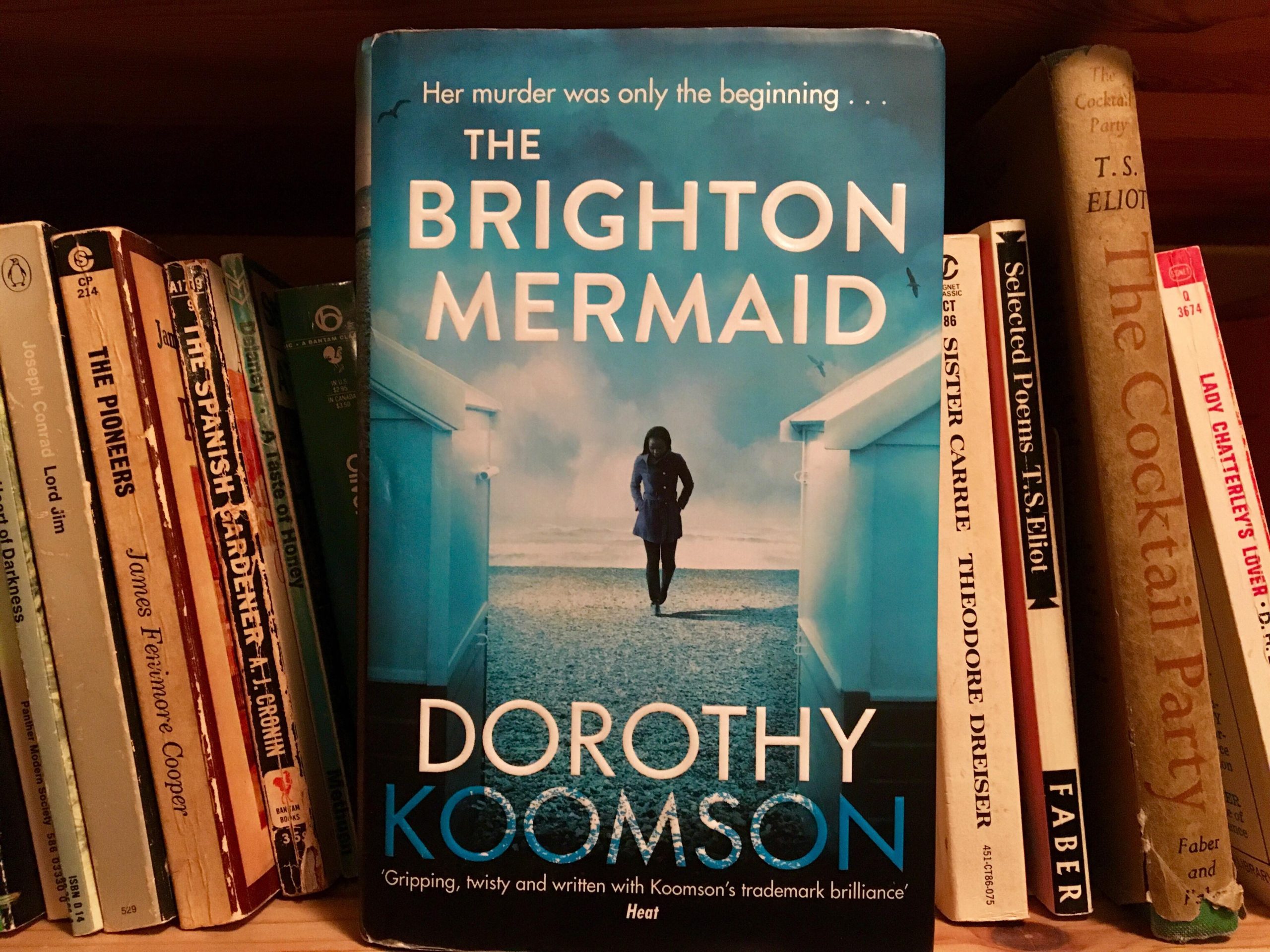 Have you been reading along with us this week?

We are keen to hear your thoughts so let us know in the comments.

But if you are waiting to hear our review before giving it a go (thanks, we are honoured), then we here is our honest opinion with as little spoilers as possible.

The story is told from two perspectives – sisters Nell and Macy – and across a time span of 25 years. It all starts when Nell and her best friend Jude discover a body on the beach in Brighton. It is 1993 and the girls were just teenagers. But their find changed their lives forever. The “Brighton Mermaid” as she was later named, was the first of a string of young women who washed up dead along the coast.

Shortly after Jude disappears and Nell’s life is turned upside down by the police who are trying to pin Jude’s disappearance and the death of the mermaids on him.

Twenty-five years later Macy is in a relationship and has three children while Nell quits her job to finally find out more about the mermaids and Jude. For years she has been learning about DNA and how to find people but she is finally ready to dedicate her life to it. And as she does, it seems someone is after her, watching her, wanting to silence her.

The book was thrilling from the very beginning, when Jude and Nell panicked over the sight of the body and seeing Nell still actively working on it twenty-five years later gave it a sense of urgency, a cold case finally being solved.

Half-way through however it seems to become a little convoluted, focusing on many different details of the family’s life and losing sight of the crime waiting to be solved. It moves slowly while the backstory of each character and relationship are developed.

Fear not, it all ties back into the story and you cannot put the book down for the last 50 or so pages, but the initial thrill ebbs away a little in the middle.

What impressed me though is how topical this book was. Underlying (and later much more openly) is the issue of race and colour. Again, the focus on it becomes less as the story progresses, but it is always there, lingering and making us aware that there are issues, here in the UK, in our towns, even in 2018. Personally, one of the strengths of this book is how it weaves it into the story; without becoming a non-fiction book on modern society, it simply reflects out society (accurately, as I believe) in the context of a fictional story and that’s what gives the message all its power.