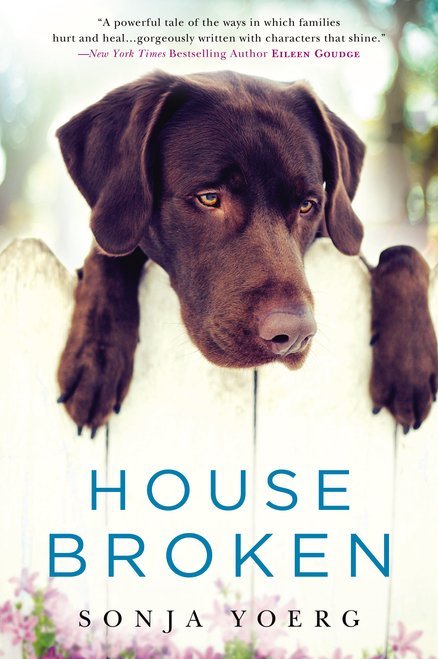 A cute puppy on the outside, a dramatic and breathtaking story on the inside. 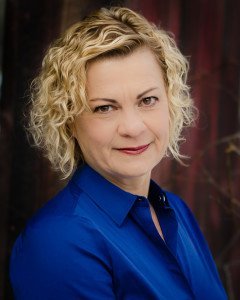 Even before it made it to the bookshops, this book already had a history! Let me elaborate:
Sonja Yoerg has a PhD in Biological Psychology and has written non-fiction books in the past. House Broken is her debut novel and it took a lot of determination to get it published. Yoerg contacted over a hundred agents before finding one that would sign a two-book deal with Penguin. The first one released on the 6th January and the second Middle of Somewhere, is coming out in September 2015 (US release dates).

I had my eyes on the cute puppy since July, when I read The Dog Year and this one was suggested to me. It was a five-month wait and on publication date, it was sold out. Advance orders didn’t make it to book sellers, Amazon express deliveries were delayed by a month or two, online book sellers were sold out on day one and independent shops with more than two copies in stock after the first few hours were sparse. Now it is on the Amazon Bestseller list and shops are slowly stocking up again.

But what is this book that was successful before it was even available?

Let me set the scene: You are married to a husband who is very tight with his family, so you are surrounded by a large family. You also have your own brother who you get on well with, you have two teenage children and a job in a busy animal clinic. That’s when your mother comes to live with you. The relationship with her hasn’t been tight since you were a child and is as its best when you are away from each other. This is what Dr. Geneva Novak has to put up with.

“As much as Tom’s family embraced her, Geneva was an outsider. Her family was too different. Helen had named her four children after European cities to give them the sophistication lacking in their one-horse South Carolina town. But to Geneva their names had come to represent their distance from their mother and one another.”

What follows are not the simple squabbles of mother and daughter. It a riveting family drama with secrets and hidden away truths everyone has been trying to forget. Told in the point of view of mother, grandmother and teenage daughter, the story of Geneva’s family unfolds as she has to mend her broken family and is confronted both with past secrets and the surfacing truths about her children.

I thought I was prepared for a family drama and dog behaviours when in fact, what I read was a story that was heart-wrenching and goose bumps running down my spine, finally leaving me in awe of the fiction debut.