Review: On the frontline with women who fight back, by Stacey Dooley 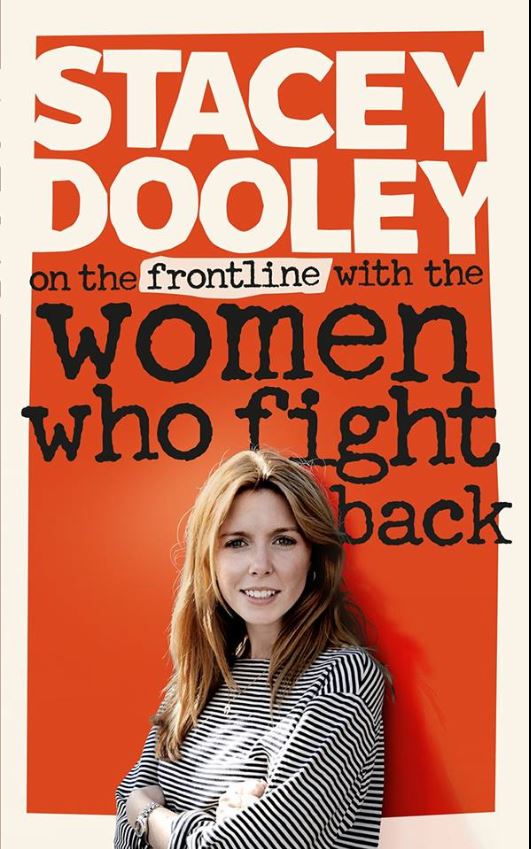 “Imagine if England was a really poor country where you couldn’t earn a living wage, where it was too dangerous to leave the house because of the drugs wars on the streets, and your kids were constantly under threat.”

The truth is, those frontlines Stacey Doley writes about are hard to imagine, but they exist. All over the world.

If you asked yourself last time you saw the news, why someone would risk their life to become a refugee somewhere, why cross borders and leave your home country, then read the first sentence again. It continues: “Then imagine Scotland was thriving and booming and it was safe to bring your kids up there. Of course we would all try and get into Scotland. There is just no way I wouldn’t.” Welcome to the Mexican and US border.

What we see on the news is a completely different world from what you read here, but it talks about some of the same areas. You may say this is the untold story. (Of course it was told Dooley’s documentaries, but it rarely comes up in mainstream news.)
We know there are wars, we know of Isis, we know of drug gangs, but what do we really know? What do we know about the people who live in these situations day-in, day-out?
It is easy for us to say we would never grow anything to make drugs or sell it. “But then – and this is without condoning it in any way – I think it’s a privilege, isn’t it, to be in a position to be able to have morals? Because if you are literally starving, and you think your kids aren’t going to eat unless you do this, then in some warped way you might justify it to yourself.”

It is not all drug and war though, Dooley also talks about abortion, child abuse, prositution and child sexualisation and paedophilia (from Young Sex of Sale), questioning child sex dolls and whether it deterrs men from abusing real children or incites them to think it is ok to have sexual thoughts about a child.

There are also lesser known problems in countries we see as developed and modern, such as Canada, where women go missing and are murdered in large numbers and nothing is done about it.

Every story is dark and sad, but true, and they need to be heard.
Everyone is entitled to their opinion, but considering the debates in recent years, especially around Syrian refugees, I think some chapters should be read in schools and published in every newspaper for everyone to read freely. To maybe help them understand that what people coming to Europe are looking for is not your high-paid job or your fancy home with a flat-screen TV, it is safety from war and death lurking around every street corner.

“I know borders are necessary and immigration has to be controlled; I know you can’t let everyone in. But I think the way in which we deal with these individuals is inhumane.”