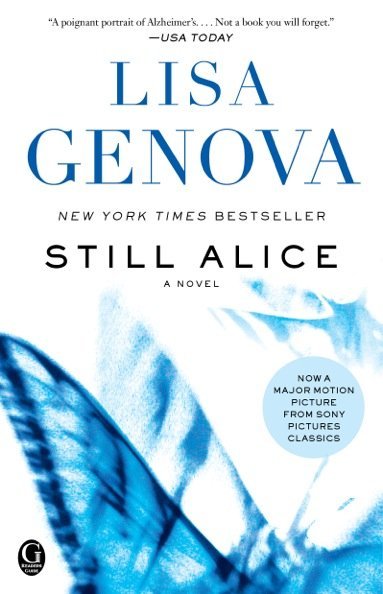 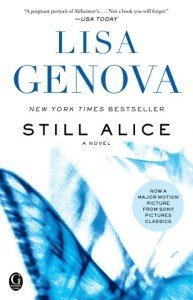 Four years ago I read Still Alice, Lisa Genova’s first novel, self-published. You may recognise it because of the talks around the film that was released in January in the US; Julianne Moore has been nominated for a number of prizes for her performance as Alice, the Harvard professor who one day is told she has signs of early onset Alzheimer’s. And she deserves those awards. Once you read Alice’s story, you will never forget it; ironic, speaking about a book on Alzheimer’s. You will understand how difficult the role must have been, because the book is so deeply touching, it seems impossible to recreate the experience. (Note: The film is brilliant and Julianne Moore has certainly done a fantastic job, but, as with most films, so much more can be conveyed between the lines of books than it can be in pictures.)

Alice is in her fifties and “Everything she did and love, everything she was, required language.” She is a successful lecturer at Harvard, crosswords are part of her every day and her friends and family look up to her and what she has achieved.

When she suffers from sudden memory loss, the diagnosis of early onset Alzheimer’s turns her life upside down. While her brain works as it did before, the majority of the time, she sets herself up to track her memory loss and keep control of her disease as much as she can, but it doesn’t take away her worries about the future.

Still Alice is not about the illness itself, it is about the effect it has on a woman whose pride lay in her intelligence and knowledge and on her family. Most importantly, it is not a book to make you sad. I cried my way through the hardest parts, the ones I could empathise with the most and that were simply heart-breaking. But it is not a drama to leave you in tears, it is an inspiring story that teaches to put life into perspective.