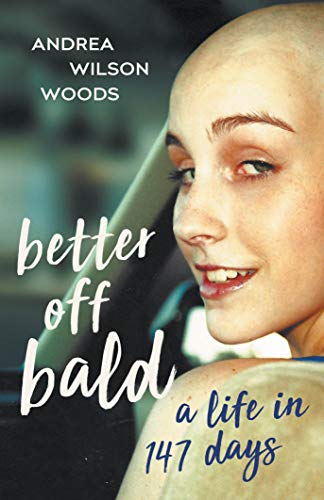 At this point, I usually suggest a cosy Christmas read to enjoy in front of the fire. But this year, the editorial team has decided to bring you a bit of reality and remind all of us that the holidays aren’t cheery for everyone and that some people are going through some of the most difficult times of their lives while we are wrapping and unwrapping presents.

As you would expect, this is not an easy read.

147 days is the time from the cancer diagnosis of a teenager until her death. Any hope her and her family may have throughout the treatment – we know it won’t work, we know it’s already the start of the end.

Adrienne had less than six months between her diagnosis, which just started with a bit of pain, and her being reliant on oxygen with a central line in place for some medication, her sister injecting her other medication, and discussing different chemo drugs as naturally as though they were fruits at the market.

While is it a sad read, and we know the inevitable ending, what makes this book is its honesty and openness. It has been over ten years since Andrea Wilson lost her sister to a rare liver cancer. Now that she finally tells her story, she tells us all: the good, the hope, the happy moments, the incredible character her sister showed throughout the 147 days, the bond between her and her sister; the bad, the endless list of medications, the worsening diagnosis, the friends who fail to show support as Adrienne deteriorates, the mother who abandoned them; and the reality of how quickly one word uttered by a doctor can change your life. Seemingly overnight, Andrea Wilson became more than just her sister’s guardian. She was a nurse, she learnt more about drugs and treatments than some doctors, she learnt about blood counts, cells, heart rates, injections and other illnesses related to the cancer.

Sometimes we need to read that reality of others to truly appreciate what we have, to develop our abilities to be empathetic and perhaps, being able to peer in to see something otherwise unseen, be able to think of a stranger, extend a hand, a hug, give time or resources to helping others.