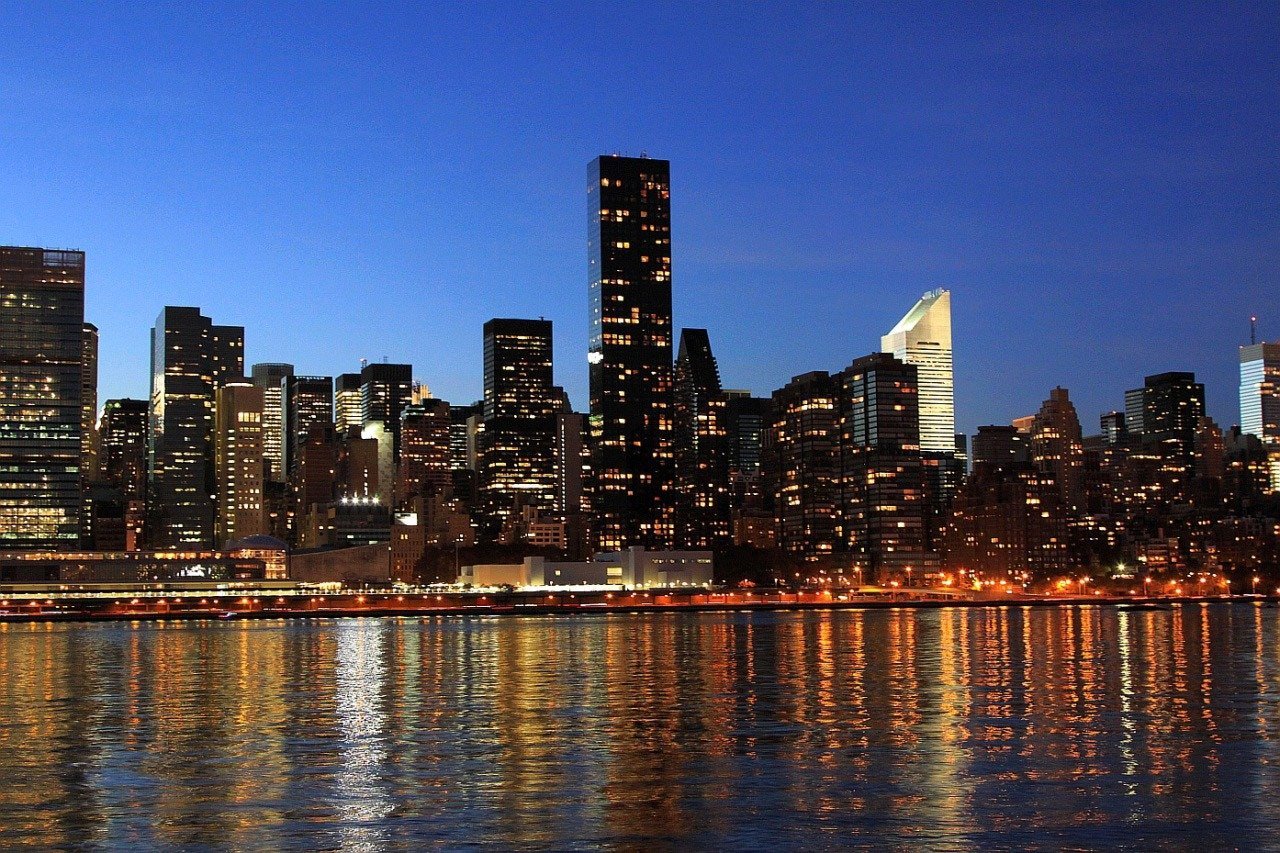 It was my first time in the ‘Big Apple’ having wanted to go since my late teens.

Knowing I had a bucket list the size of my arm, after all this trip has been in the making for some 12 years, we could justify a 7 night stay in the city.

Manhattan alone has really interesting neighbourhoods and districts, each with very distinct personalities, traits and even cuisine. The best way to see the city and as much of these areas as possible, is by foot. You’ll want some comfortable walking shoes for the expedition where, on average, we were talking about 10 miles a day. Although it seems like a small island, there is a lot of ground to cover.

If you’re planning your first visit to the city and/or are interested in the iconic landmarks and museums, then the New York citypass is essential. For around £108pp you get entry into the following:

We highly recommend this pass as a fantastic and cost effective way to see and learn so much about this great city.

Our top tips for the CityPass

Do go and see the Empire State building during both the day and night.

It’s a really unique viewpoint and although you’ll not much feel like Tom Hanks and Meg Ryan as it’s almost always packed, the city/a city never looked more beautiful.

By day, pick a sunny day if you can as it’s quite breathtaking to see the sunlight reflecting off the Hudson River, the Statue of Liberty standing alone and proud, and some of the most intricate details on some the most inspiring architecture.

By night, the city looks like it is coated in thousands of stars, glistening out of reach. It is really quite romantic.

Go to the Top of the Rock

Why would you when already been to the top of the Empire state? Well, it gives you quite a different perspective of the city.

Unlike the Empire State which gives a bird’s eye view, the view from the top of the Rock is more immersed. You’ll often be eyeline with most of the buildings, you can see a number of the buildings rooftop gardens, and as it’s at the end of 5th Avenue, you get a better view of Central Park.

Top Tip: Head up later in the day so that you get to see it in the day and night. Your ticket permits only one entry but you can stay up there from dusk until dawn if you wanted.

The Statue of Liberty is really glorious close up

Something I didn’t realise until I was there is that the tickets with the CityPass will not permit entry into her pedestal or crown. To do this aspect when visiting Liberty Island, you’ll need to book your ticket separately and in advance. They only allow up to 2,000 per day into her pedestal and crown and you’ll need to book at least 2 weeks prior to your intended visit. Tickets for these slots do sell out.

A visit to Ellis Island

In case you didn’t know, Ellis Island was the gateway for immigrants to enter into the USA until 1954. It has since been cultivated into a museum telling the story of the island’s history and the American story of immigration and the feat to become a US citizen.

Whilst you’re there, you can do a search of your ancestors for a small fee. However, to save you the bother, you can do this at home, for free. Though unless you know who you are specifically looking for, know your family tree and/or have a very unique surname, it might be quite difficult to determine if anyone under the search results is a family member.

You could easily spend a very long time at this location as the building and collection of artifacts are vast. However, I would discourage it unless you’re particularly interested in the immigration or there is some connection to you and your family here. I feel you can deduce a fair amount from a quick wander.

We decided to go and see the 9/11 museum instead of the Sea, Air and Space Museum as the event of 9/11 was, and still very much is, at the forefront of our thoughts and as such, I strongly urge you to pay a visit.

It’s difficult to explain the impact this visit had on us. Like most museums, it is a collection of artifacts, facts and historical accounts. Though no museum experience I’ve had previously has been as moving. Mostly, it is inspiring, harrowing and an emotional reminder and the ultimate tribute for those who lost their lives. For me, personally, there were some aspects I found too distressing and had to move past some of the artifacts.

For the two most significant New York museums, unfortunately, we had barely any time to explore. As such they’ll be going straight on the list of things to do next time. Though, if you end up with a particularly drizzly or wet day then a visit to the museums is highly recommended.

The 7 night trip was not enough to explore all these places fully (we spent our penultimate day cramming in the two museums!) as well as spending time shopping, exploring Central Park, wandering around the neighbourhoods etc. In fact, one of the days consisted of visiting Lady Liberty and Ellis Island, walking along the Brooklyn Bridge and visiting the 9/11 museum. Everyday we were out and about cramming in as much as possible.

Although each day was very busy and we’d inevitably be tired by night, it was strangely energising. We’d wake up each morning raring to go, excited for what we might discover that day. You can see why they call it ‘the city that never sleeps’, though I strongly recommend getting some, you’ll need it!

I had the best time in New York and I loved it as much as I thought I would. A piece of my heart now belongs here. I can’t wait to go back and I’m already planning my next visit. I’m told I just have to see it at Christmas.

What else you can do

Grand Central Terminal is glorious in all it’s grandeur. Make sure you head down to the dining concourse where you’ll find food of the world. But that’s not the only reason. Take a walk to the Oyster Bar where you’ll find the famous Whispering Wall. Because of the curved archways, you’ll be able to whisper into the wall and be heard by someone on the opposite side.

New York public library: The Rose Room, which was sadly closed for restoration on our visit, is legendary. What we found interesting was that the facade, which looks made of wood, is actually intricately made from plaster. They have rotating, free exhibitions, a wonderful gift shop and you can snoop into the other reading rooms which are just as magnificent.

A Broadway show is a must! We decided on Les Miserables as it was a show we’ve both not seen before but having become well acquainted with the film, knew it would be incredible- it really was. We also managed to save around 50% by booking in advance through Telecharge.

The Brooklyn Bridge is a pretty iconic place for a photo op. Access the Bridge from Manhattan by Centre Street or by staircase near City Hall/Chambers Street. It is pretty impressive.

Times Square obviously! It’s really strange to find a location that is essentially just packed with advertising to be so beautiful!

See a baseball game. I can’t recommend this enough. I’ve wanted to see the NY Yankees a long time and at $20 a ticket, you’d be foolish to not at least try it once. Though in short, it’s everything you’d imagine: The smell of hot dogs, chips and beer sellers in the stands, mass amounts of excitement, patriotism and all round fun.

Tiffany’s (it’s as iconic as New York itself), Sak’s 5th Avenue- all the designers you can think of, Bloomingdales, Barneys and more. Shoppers heaven. Though it’s not just Manhattan that’s incredible for shopping.

SoHo is the place to go. I’d highly recommend taking a trip into: Anthropologie for reasonably priced homewares and clothing, Fish Eddy’s for some of the most quirky homewares on Broadway, Steve Madden stores (lots around) for the best footwear at better than UK prices, Mulberry and Grand in Little Italy for some one off clothing, jewellery and accessories, and of course find your closest Pottery Barn (I still can’t believe we don’t have one!).

What’s ultimately brilliant about shopping in New York is a lot of the brands are charging the same amount as they do in the UK e.g. £99 in the UK and $99 in USA and even with a little sales tax on top you’re still saving.

What to eat and where

Getting to New York

Once in the city, travel by cab to and from the airport. They charge a flat rate of $58 (excluding tip), one way. It’s a great way to see the city and it’ll ensure you get to and from your hotel directly. You’ll not need to call in advance either, yellow taxis are everywhere. Note: When picking up a cab at the airport make sure you head to the Taxi sign and don’t take anyones offer of assistance, they’ll only rip you off.

This is tricky. To get the best deals book well in advance; most hotels open their booking systems around 11 months in advance. You’ll likely get the best deals in the January sales and avoid seasonal holidays (Halloween, Thanksgiving, Christmas) if you’re on a tight budget.

If you’re happy to commute (the Subway is super cheap) then stay just outside of Manhattan in Brooklyn, Bronx or Queens. I highly recommend booking somewhere with free cancellation to allow you to continually try and get the best deals. Travel agents are obviously very good if you want a quick and easy process but I booked this trip myself and saved £700 on what they’d quoted, it was worth spending the time on it.

Essentially most hotels are room only so all you need to do to book a trip to New York is your flights and hotel which, to be honest, shouldn’t take too much time.

For the majority of my stays in New York I’ve stayed at Hotel Edison in Times Square and The Skyline (they’ve a indoor rooftop pool that offers great views of the city skyline) in Hell’s Kitchen. The Skyline is a little further out, but still a great location (less noise too!) but both were great hotels.