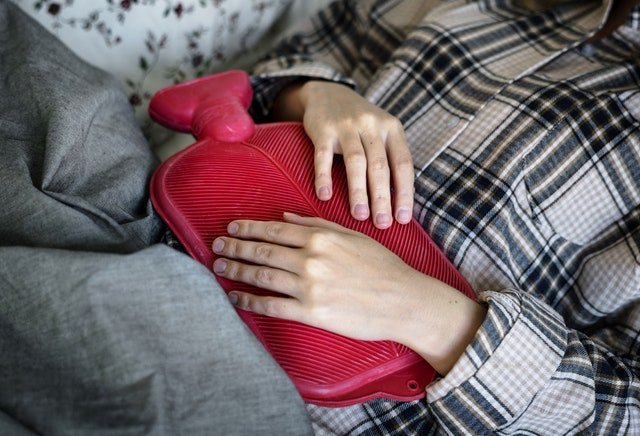 For our ‘Let’s Talk’ health feature we welcome back Tracy Tredoux (@TracyTredoux) to talk to us about the vague, but by no means debilitating, irritable bowl syndrome (IBS). Tracy helps to signpost possible causes, provide guidance on the potential routes to diagnosis and suggestions to help alleviate symptoms.

Continuing with the theme of ‘syndromes,’ Irritable Bowel Syndrome (IBS) is a catch-all term describing a number of different conditions or diseases affecting the digestive system, causing painful and often debilitating symptoms; including cramping, bloating, diarrhoea, constipation and gas. The number of people being diagnosed with IBS is on the increase, yet to date, studies have been unable to demonstrate any single physical abnormality that reliably identifies IBS. Instead, IBS describes a collection of symptoms, varying in nature and intensity from person to person. Moreover, a diagnosis of IBS is arrived at by a process of elimination. In other words, all other illnesses mimicking the symptoms of IBS (cancer, inflammatory bowel disease etc.) are ruled out before a diagnosis of IBS can be arrived at. This article looks at the various possible underlying root causes of IBS, all of which have many symptoms in common.

What could be causing your IBS?

The symptoms that constitute IBS can have many root causes, one of which is ‘Intestinal Permeability’, commonly referred to as ‘Leaky Gut’. Today, Leaky Gut is one of the most overlooked health conditions in the world, yet is often the underlying cause of gas, bloating, thyroid problems, food sensitivities and even many autoimmune conditions. One of the main purposes of the digestive tract is to keep the ‘inside world’ separate from the ‘outside world’. The food we eat embarks on a journey through the digestive tract, ultimately breaking down into nutrients to be used by the body. The digestive tract is home to trillions of bacteria, ‘good’ and ‘bad. What we do not want are undigested food particles, toxins and bacteria escaping the gut and entering into our bloodstream. This often results in tailor-made antibodies being produced by the immune system which does not recognise these ‘foreign bodies’, causing inflammation. According to Professor Alessio Fasano, MD, from Harvard Medical School, an imbalance in the gut microbiome and gluten are the two most common causes of leaky gut. The most reliable test for leaky gut is a blood zonulin test. Zonulin is a protein molecule that changes the size of the openings in the gut lining to allow certain nutrients into the bloodstream. High levels of zonulin can result in larger openings, allowing harmful toxins, bacteria and undigested food particles to get into the bloodstream, causing a myriad of health problems. Once leaky gut has been identified, a programme to heal the gut will be suggested by most healthcare practitioners. This involves removing the foods or other factors that damaged the gut in the first place, replacing with healing foods, nutrients, digestive enzymes etc. and repopulating the microbiome with probiotics and repairing the gut with certain supplements.

Bacterial overgrowth of the small intestine (SIBO) is today believed to be accountable for as many as 78% of IBS cases. SIBO is characterised by an increased number and/or abnormal type of bacteria in the small intestine, producing methane gas, hydrogen gas and/or hydrogen sulphide gas. The most common symptoms of the various SIBO types (many of which overlap with IBS symptoms) include:

The preferred method of testing is the hydrogen/methane breath test (Lactulose). A lactulose solution is drank and the breath tested for excessive amounts of hydrogen and methane gas. This test looks for SIBO in the entire small intestine. It is important to note that the hydrogen sulfide SIBO cannot be picked up on a standard breath test. If a SIBO test is negative but IBS symptoms continue, the best way of checking the existence of hydrogen sulfide bacteria is to reduce the intake of sulfur containing foods such as eggs, garlic, kale and broccoli to see if symptoms improve. Once SIBO has been identified, certain antibiotics (such as Rifaximin and/or Metronidazole) or herbal antimicrobial treatments (such as Berberine, Oregano, Neem, Lauric acid, Allicin) together with a specific low FODMAP diet, will be suggested by most healthcare practitioners.

We have a complex community of over 70 trillion microorganisms influencing our human physiology. Collectively this is referred to as our microbiome and it affects our nutrition, metabolism and immune function. More and more research is proving the extent to which a disruption of the gut-biome (i.e. Dysbiosis) impacts our health. In fact, studies have shown that up to 83% of those with IBS have abnormal faecal biomarkers and 73% have intestinal dysbiosis.[1] Overuse of antibiotics, pharmaceutical drugs, environmental toxins, pesticides and herbicides, dietary components, excess alcohol and even physical and psychological stress interrupt the balance of the gut microbiome, causing dysbiosis. Once dysbiosis has been identified, a programme of dietary and lifestyle changes, probiotics and prebiotics and certain supplements aimed at addressing the imbalanced gut bacteria, will be suggested by most healthcare practitioners.

Infections anywhere from the stomach to the small intestine and the colon cause numerous of the symptoms associated with IBS. The pathogens involved are more commonly:

A bout of food poisoning, overseas travel, low stomach acid, raw foods, an overly affectionate pet etc. can all result in you getting a nasty bug. Pathogens are everywhere and impossible to avoid. However, according to Dr Klinghardt, in the majority of cases it is not the presence of the pathogen that is the problem, but rather the levels you have of it. Our own immune systems should be strong enough to fight them off. Our stomach acid, good bacteria and immune systems join forces to keep these ’bad’ guys at bay. However, when we are stressed, fatigued, intoxicated, have other health conditions or illnesses, have low stomach acid, dysbiosis and/or food sensitivities, a compromised immune system increases your risk of a gut infection becoming ‘unchecked’ and thus likely to be causing or contributing to your IBS symptoms.

Food sensitivities can cause many of the symptoms associated with IBS, such as bloating, gas, constipation, diarrhoea and abdominal pain. The common offenders are foods such as gluten, dairy, nuts and eggs, although many other foods can also cause reactions. IgE-mediated immune responses are true allergies. However, the milder IgG-mediated food intolerances can also result in a number of symptoms associated with IBS. Food intolerances are themselves also often caused by other conditions, more commonly leaky gut. The good news is that where leaky gut is the underlying cause of a person’s food sensitivities, healing the gut often means these foods do not have to be avoided forever.

Other factors which could be causing your IBS symptoms

Unfortunately, there are other identifiable triggers that can cause or aggravate IBS symptoms. These include:

The typical scenario of a person diagnosed with IBS is a visit to the G.P. after which a series of tests and scans rule out more serious and often life-threatening conditions (such as Crohn’s disease, Ulcerative colitis, cancer, etc.). The immediate reaction to this diagnosis is often two-fold – relief that a diagnosis has finally been made and reassurance that IBS is defined as a ‘non-life-threatening disorder’. However, this relief is often short lived. The prescription of pharmaceutical drugs such as Omeprazole (for acid reflux) or low dose Amytriptyline (for pain relief), with concomitant side effects, is not a solution in the long run. If the root cause of IBS is not addressed, no matter how successfully pharmaceutical drugs mask the symptoms, they return, often requiring higher doses or stronger drugs. In fact, although IBS won’t kill, for many, the symptoms are so debilitating, making them depressed, anxious and feeling as if they want to die. However, with a better understanding that these symptoms do have a root cause, or combination of causes, the next step on YOUR journey to a happier and healthier YOU, is finding the right healthcare practitioner who can help you identify and address the underlying cause/s of your IBS.

Tracy Tredoux is a fully qualified Nutritional Therapist, living and working in London. When not giving talks or consulting with clients, she writes health and nutrition articles, tips and recipes which you can find at Tracy Tredoux