The History of Halloween & It’s Traditions

There are plenty of proposed origins for Halloween. Historians found that there was an amalgamation of different celebrations and festivals that were taking place over different continents, countries and populations. There isn’t one specific event that defines Halloween as such. However, a combination of Christian holidays, Roman influence, Gaelic traditions and celestial events is how we’ve come to know and celebrate the festival of Halloween.

Universally, it this time of year many cultures believed that the darker, colder nights was symbolic of the real world and ‘underworld’ starting to come together. The Gaelic’s and Pagans in particular saw an importance to seeking protection during this season. They would light fires, say prayers and keep part of the harvest aside as an offering to the spirits.

Around the turn of the 16th Century, many of the traditions we see today, including ‘trick or treat’, started to be practiced; people would go house to house in costume, singing in exchange for food and impersonating the spirits or souls of the dead. Some would wear costume for protection. Those that would dress as souls of the dead would occasionally act out playful pranks to add to the effect. With many carrying around hollowed out turnips with carved faces as lanterns to ward off evil spirits. Games like apple bobbing and divination were tradition around this time too.

In Christianity terms, Halloween is the day that precedes All Hallows Day on the 1st of November. Another significant holiday, All Souls’ Day is celebrated on the 2nd of November. These holidays is what has greatly influenced the holiday we’re most familiar with today. 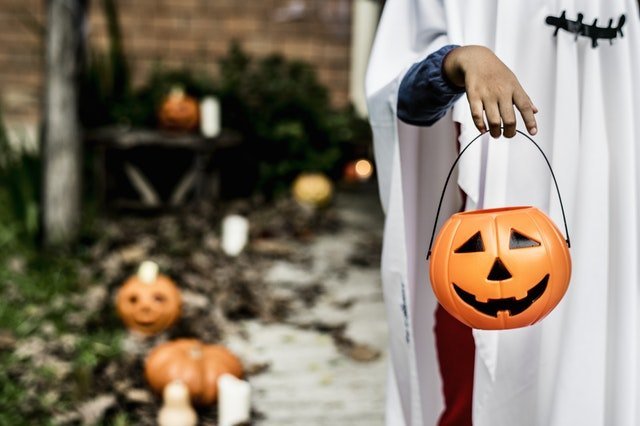 All Hallows and All Soul’s Day

All Hallows Day is a day that celebrates the saints of the church. While All Souls’ Day commemorates those who have died. The celebration of these days is of the belief that there is a powerful spiritual bond between those that are living and those that are in heaven. Feasts are held in their honour.

What was once various celebrations held around the world for different beliefs and reasons, it is now a unified, international day of celebration. Although many of the traditions have been teased, it is still ultimately a day that celebrates the bond between those living and those that have passed.

Why not incorporate some of the traditional games and events into your Halloween festivities this year. Some of the new and old traditions of Halloween are:

Whilst some of the most popular foods for the season and celebration included:

Is there any Halloween traditions you live by? We’d love to hear from you, share your traditions in the comments below.