Games For The Whole Family This Christmas 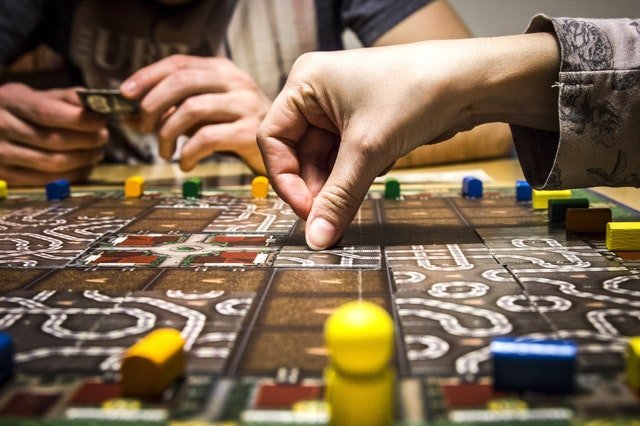 The build up to the big day is absolute madness; with decorations, shopping, pantomimes, plays, fairs, markets, parties and cooking it all feels a little crazy trying to fit it all in. When Christmas day finally comes it all goes a little quiet.

The best thing about the quiet time though is the opportunity to spend some quality time together. In between eating, opening presents and watching all those Christmas shows and movies, a gaming session is a Christmas tradition. The tricky bit is finding something that everyone will enjoy.

We share our 5 favourite games that the whole family can get involved with:

The premise is simple and you can use your phone to play. When it is your turn, hold the phone above your head and your friends/family have to share clues on to who or what is on the screen of your phone until you guess. You have a time limit though so if you can’t get it, move on. You have to get as many correct in the time as possible.

The best thing about this game is it is so varied. You may have a person, accents, and places to guess. It also has an option to use the camera on your phone while you play so you can watch back the hilarious footage of your friends and family trying to explain what’s on the screen.

A perfect game for a little light-hearted fun.

You can’t get more traditional than a round of Trivial Pursuit. It’s one of my earliest Christmas memories; my older brother, sister, their partners and my parents competing with each other to win segments. As I was too small to know any of the answers, I would play games master, reading the question to each team. Play the junior version, with easier questions for little ones so everyone can get involved.

We may as well embrace technology and Jackbox Games are becoming increasingly popular with our friends and family.

You download the games onto your laptop or console and use your phones as controllers. They’ve general quizzes with fun elements, drawing games, games you have to pretend and word games; guaranteed to keep you entertained for hours. It’s loved so much by our friends and family that it’s sure to come out for all occasions and any excuse in between.

The main beauty of this game is you only have to download and pay for it once, contestants using their phones only have to navigate to an internet location meaning you don’t pay more for additional players.

You just can’t beat a board game but perhaps Monopoly is best avoided. Instead give Articulate a go. For the young ones it gives them a chance to learn new words and their meanings and for the older ones it is a chance to show off- they’ve an adult version and child-friendly version too.

You have to find clever ways to articulate what is on the card without actually saying it or what it sounds like. It’s harder than it sounds but so much fun simply because we’re all likely to have different approaches to articulate each word, place or person. Are you and your team mate so in sync you’ll race to the finish? 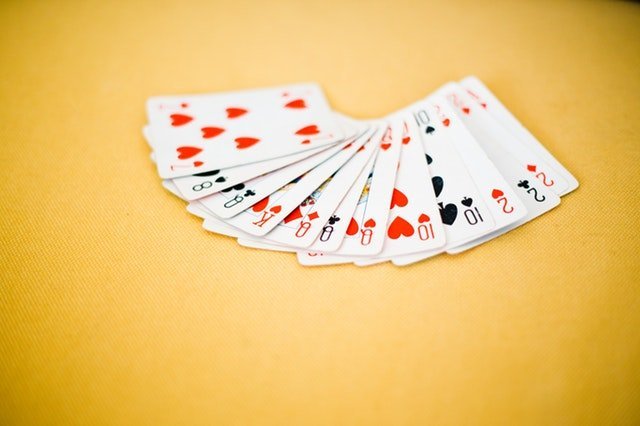 After dinner, clear the table and get the cards out. Some of the fondest Christmas memories come from the kitchen table and learning a new card game or two. These are our 3 favourites:

Each player gets 5 lives; we represent the lives as coins (1p or 2p coins). Each player is then dealt 5 cards. The object of the game is to be the last person standing.

The youngest player starts as the “dealer”, the player to the left of the dealer then plays one of the cards from their hand, play continues round as essentially a big game of snap, if you have the same card as the player before; you play it.  This means you’ve caught them and they lose a life.

However if the next player also has the same card too, as well as the player you caught losing a life, you lose two lives!  Play continues until all cards are played and the next round is played with the dealer moving round the table one at a time.

When you lose a life, throw one of your coins in the middle, when only one player is left with any lives they are the winner.  If you like to, the winner gets to keep all the money in the middle, or simply redistribute and play again.

Newmarket is another game involving 1p or 2p coins as it’s an old fashioned but simple betting game suitable for children.

Take out the four Kings and place them on the middle of the table face up, the remaining cards are then shuffled and dealt out amongst the remaining players with one extra hand being dealt for the person to the left of the dealer.

Every player must then put “2 in and 2 on”, that is one of your coins on a King of your choice, and one in the centre to form a pot.

The player with 2 hands can then choose which of the two they want and can even sell the one they don’t choose, where other players bid to swap their hand with it.  Any winning bid puts their money into the pot.

Play then starts with the player to the left of the dealer, playing their lowest black card. Whatever card they play the player with, the next card up in the same suit plays it regardless of where they sit and it continues until either nobody has the next card in question, or until you reach the queen of that suit.  If somebody plays the queen then they get all the money laid on the King.

Play then starts again with the lowest red card in the same fashion. This cycle then continues with lowest black, lowest red and so on.

If a player gets rid of all their cards they win the pot.  Any unclaimed winnings on Kings roll over to the next round.

If you want to end the game, I’d suggest turning over Kings as they are claimed until all Kings are claimed, this can make it very exciting as even with 1 or 2 pence coins you can build up quite a pot of a couple of pounds which can be quite exciting for the younger players.

This is a fast paced game with a lot to know but it’s pretty easy to get the hang of it.

Magic cards can be played on almost any card:

The player with the lowest card starts (ideally a 3) and you circulate playing your next available in the sequence (e.g. if someone lays a 3 and you only have a 7, you lay the 7). Don’t have a higher card? You can play a magic card to get you out of the situation. If you can’t go or you’re unable to compete against a magic card, you must pick up the pile.

Have more than one of the same card? You can choose to play them together (e.g. play 3 sevens at once).  If four of the same cards are laid at the same time or in succession, this burns the pack and has the same effect as the ‘magic’ 10 card.

As you play a card, if you have less than 3 in your hand, you must pick up cards from the “deck” to top up to 3.  Once the cards in your hand are gone and there are no further cards in the “deck”, you play the cards facing you in your game space. Once these have gone you play the ones face down (blindly, one at a time). The person to get rid of their cards first wins.

What are your favourite games to play over the holiday season?