Four Fragrance Ingredients That Smell Great on (Almost) Anyone 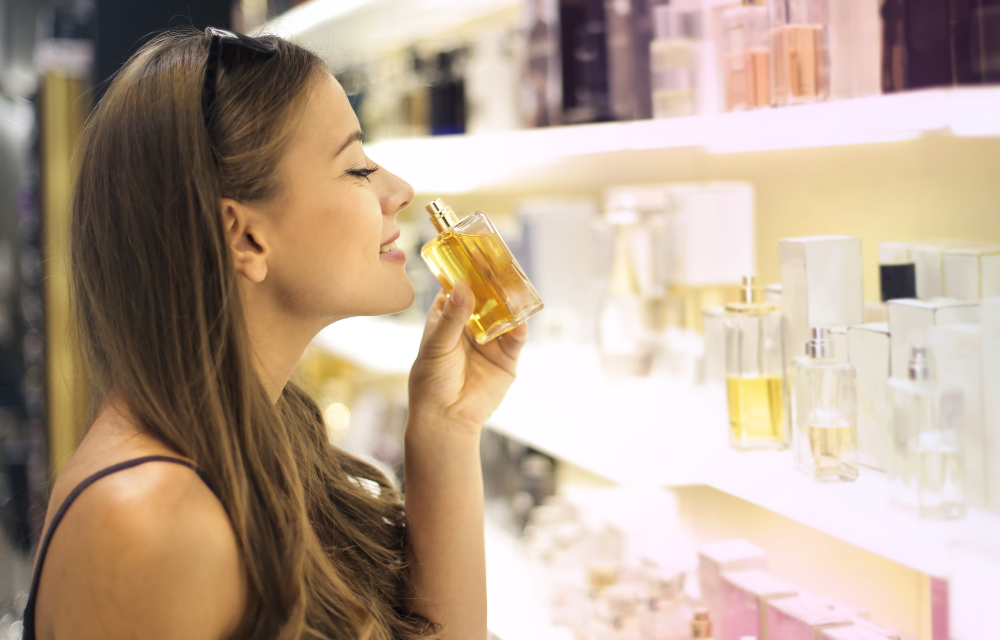 Written in collaboration with Fragrance Samples

Male. Female. Neither or both – however you choose to identify, does it really matter when it comes to smelling great?

The fragrance industry is in a peculiar position when it comes to gender. On the one hand, like its close relatives the fashion and cosmetics sectors, it does still very much rely on clearly defined categories of ‘male’ and ‘female’ products – most notably in the way that perfumes are marketed for women, while colognes are heavily targeted at men.

But on the flipside, the fragrance sector is something of a pioneer in breaking down the gender barrier. Unisex fragrances have been big business for more than 30 years, long before anyone had ever heard the phrase ‘gender neutral’.

There are good reasons why the boffins who specialise in conjuring up the fabulous smelling scents we like to douse ourselves in have seen fit to challenge traditional gender boundaries. For one, it’s a simple fact that, male or female, no single scent of even a family of fragrances will smell great on everyone.

How a worn fragrance ends up smelling has a lot to do with body chemistry. Depending on the pH and level of moisture in your skin, your metabolism and even to a certain extent your diet, can all have a big influence on how different scents end up smelling on you. For this reason, there are women who find that typically ‘feminine’ fragrances – flowery, sweet, light – smell plain terrible on them, while deep, musky, ‘masculine’ scents suit them down to the ground. And vice versa for men who discover floral just works for them.

So in that regard, it doesn’t make a lot of sense to pigeonhole fragrances as male or female when that means you are shutting down the number of people who might find a scent that suits them better.

By extension, there are certain fragrances that have a higher success rate than others in terms of who they smell good on. These ingredients are less affected by body chemistry and just smell good no matter what.

For perfume and cologne makers, scrapping gendered marketing for products based around these ingredients is a no brainer. By labelling your fragrance ‘unisex’, you are immediately doubling your prospective market. If you know that, regardless of biology, the fragrance is going to smell good on most people, why not try to get it out there to as many people as possible?

Inevitably, therefore, you often find best-selling unisex fragrances sharing a common group of ingredients. Here are some of the best everyman – and everywoman – scents to look out for.

Citrus is, of course, not one single fragrance ingredient but rather a whole family of ingredients that all share common features. Lemon, lime, orange blossom, mandarin, bergamot (a types of inedible bitter orange), grapefruit – all of these are commonly found in scents marketed as unisex.

Citrus aromas are typically described as bright, fresh and zesty. They are particularly well suited to light fragrances worn in the spring or summer months, although a spritz of something that sparks up the senses the way citrus does is welcome all year round.

Traditionally, any scent that can be described as ‘sweet’ – and vanilla most definitely can be – has been firmly put in the feminine category. Yet studies have shown that the unmistakable aroma of the North American orchid family of the same name is the world’s most loved fragrance. Across countries, cultures and yes, across the gender divide, vanilla comes out as the smell people love to love the most.

There’s one very good reason why vanilla might be so popular with men and women alike – it is reportedly an aphrodisiac for both the sexes.

In contrast to the zesty brightness of citrus and the seductive sweetness of vanilla, a lot of unisex fragrances are described as having earthy, woody and spicy qualities. Of course, there’s no shortage of scents on the market that fit this description, especially at the heavier, muskier end of the spectrum marketed at men.

Vetiver is a fragrant type of grass that ticks the earthy, woody, spicy box, too, but in a more subtle way than some of the most heavy-hitting ingredients in this category, such as musk, sandalwood, balsam, patchouli and oud. Then again, in eastern fragrance traditions, those types of ingredients have been used to create incredibly rich fragrances for both men and women for centuries, so maybe we’re just coming full circle back to some ancient wisdom.

Speaking of eastern fragrance traditions, what better place to finish than an ingredient that combines all the features of those discussed above in one. Frankincense is derived from the resin of the Boswellia tree, a shrubby plant native to the Arabian peninsula and the Horn of Africa.

We all know the story of the three kings bringing frankincense as one of three gifts to the baby Jesus. Well, that’s a reflection of the status – cultural and economic – that the prized gum has had for centuries because of its awesome aroma. A heady mix of rich, earthy, woody notes, frankincense also has a zesty sweetness about it that explains why it continues to be sought after in some of the most luxurious unisex fragrances on the market.

Keen to discover which unisex fragrances suit you best? Why not pick up a selection of low-cost fragrance samples and experiment at your leisure without breaking the bank.