Are Emotions Depleting Your Energy Source? 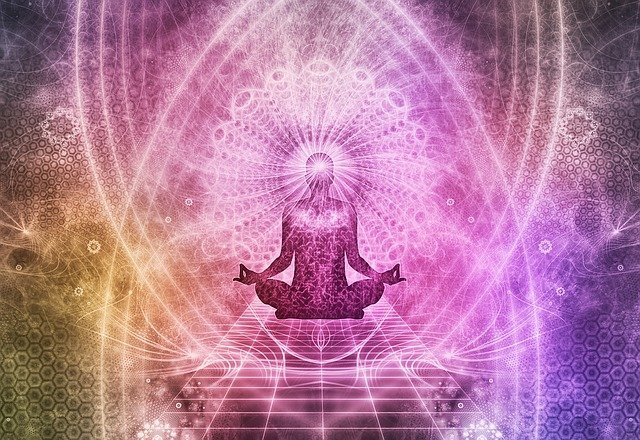 According to Eastern medicine, our energy (or Qi) flows through the channels that connect our cells and organs and is a vital indicator of our true health and wellbeing. A breakdown in the communication in the energy channels can lead to stagnated or toxic energy and leave us prone to illness or injury.

Principally, an energy treatment aims to find where this energy is blocked and in using acupressure, sound and breathing, reinvigorate the channels so the body can begin a process of healing. Interested to learn more, and to try this treatment for ourselves, we met with Master Oh at his studio in Marylebone.

A session with Master Oh includes a consultation of approximately 40 minutes, followed by a 12-15-minute treatment. During my consultation time, we speak more generally about energy treatments, rather than about me specifically. Though this was just the journalistic nature in me, we could have focused on my life story and what was troubling me specifically but I was most interested in discussing the theory and our receptions to energy.

He tells me energy flows throughout us individually but also everywhere in the universe. When we focus inwards, we’re limiting ourselves, and sacrificing the resources that is being sent throughout the universe that can help to invigorate our energy channels. When blocked, we may experience a difficulty in concentrating, sleep disturbances, fatigue, issues with weight, pain, weakened immune system, breathing difficulties, mental health and so much more.

Emotion too plays a significant role in depleting our energy levels; thinking or reacting emotively only clouds our judgement. Instead, Master Oh advises that when our energy is enriched, we are in turn more focused, calm and fulfilled.

Interestingly, he advises that there are a lot of people that seek treatment when facing a last resort. When other treatments are no longer working and they’re searching for hope, that all is not lost. The energy treatment for them had been trans-formative, not only providing the hope they were looking for, but genuinely feeling and noticing a change.

The treatment itself is a complete sensory experience

As mentioned, it entails a combination of acupressure and sound, with Master Oh working his way through the channels located around the body and vacuuming the toxic energy by absorbing it into himself. At times, through the different expressions and sounds made, it was obvious that some channels were more stuck or stagnated. Fascinatingly, this was in areas I know that I have some difficulties; namely localised stress within the muscles. The treatment didn’t hurt, though my muscles in some areas were a little sensitive during.

Immediately following treatment, I certainly felt lighter. Like a little bit of my stress had been removed and my head a little clearer. My vision also felt less clouded too and everything felt brighter and more crisp.

I sit down with Master Oh once more who advises that my energy channels were and are significantly blocked. He tells me that he has managed to open the channels up to around 25% and already can feel a change in the body, but clearly there is more work to be done. During treatment he had a sense of the root cause of some of my issues; he was ‘just guessing’, but frankly he got it spot on! There and then he wants to remind me I am a considerate person and I have to say, it felt good to hear it.

I did feel significantly more tired that usual when I got home. Of course 6 hours in the car could be a huge contributor to that, but following an extremely well rested night, I wake up feeling fantastic. I feel more energised, refreshed, clear headed; it’s wonderful. This stays with me for several days following the treatment and I’ve honestly not felt that good in years.

A couple of weeks following the treatment and I could still feel some of the effects; some muscles, for example, are not as problematic which is quite significant for me. Though inevitably, with a blockage as significant as mine, I’ve lost some of my energy and a little bit of the fog has crept back in.

For someone as seemingly well as me (in some respects, not in others), who can see such an incredible change in a single treatment, I can believe if you’re facing a significant challenge, how this could help to re-charge your body and allow you to take a multi-faceted approach to healing. This was my experience following just one treatment. Just think of what several treatments could do for you!

We received this treatment with compliments to be able to write this piece.