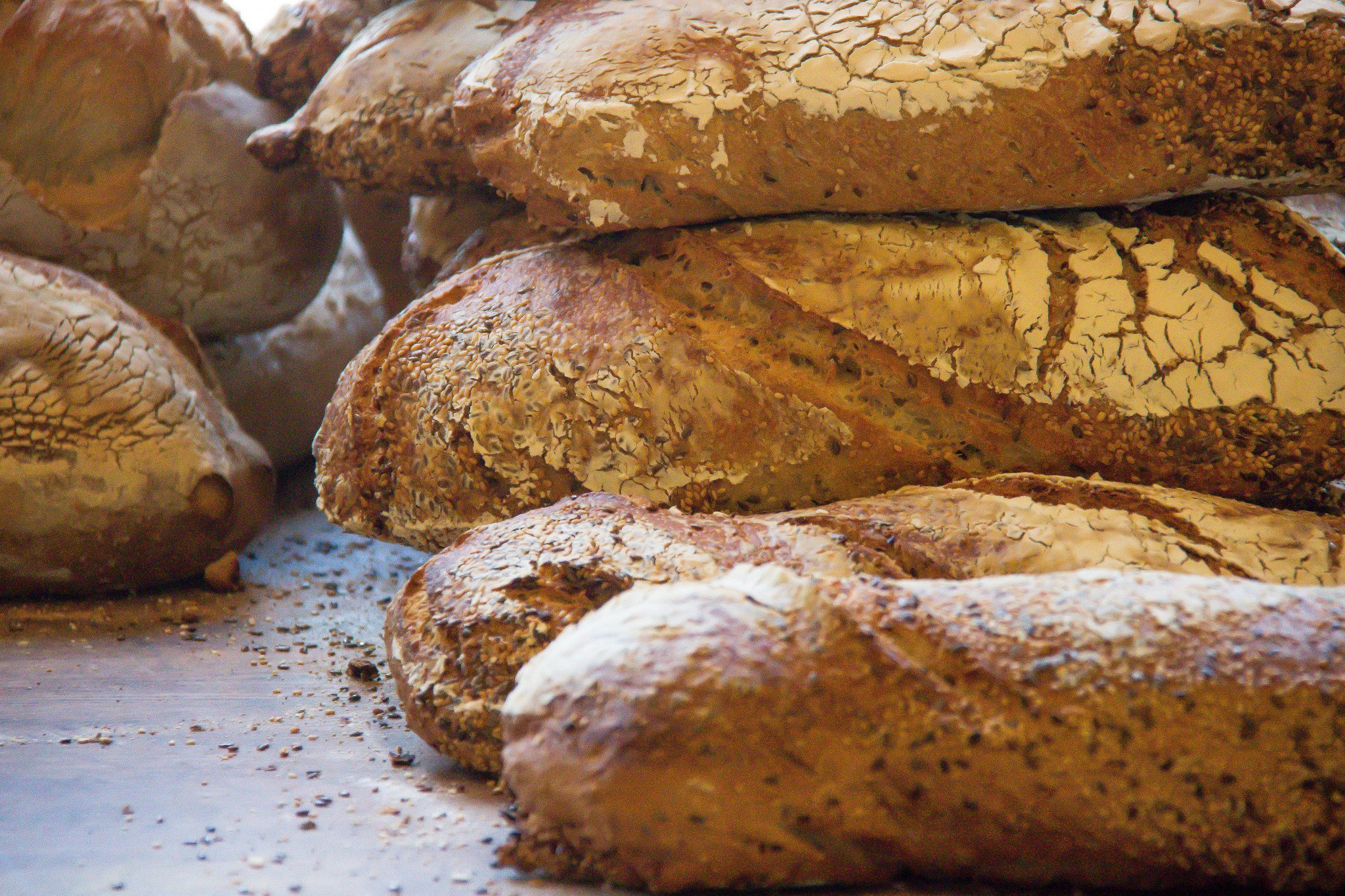 Bread- what’s the deal really? Is it good or bad for us- and why? To help us get to the bottom of it, we talk to nutritional therapist Tracy Tredoux (@TracyTredoux) to get a grain of truth on the matter.

Bread has long been a staple of most western diets, being relatively inexpensive and filling, as well as versatile and delicious. Recently, however, a lot of criticism has been levelled at the humble loaf, and not without reason. All breads (even whole grain varieties) contain gluten and, according to Tom O’Bryon (internationally renowned speaker and educator on gluten associated disorders), gluten sensitivity is becoming more and more common. In fact, O’Bryon goes so far as stating that it is the most common trigger responsible for opening up the gateway in the development of autoimmune diseases.

Wheat has also become highly controversial, with some healthcare providers labelling it ‘poison’ while dieticians and governments tell us that whole wheat is an important part of a ‘balanced diet.’ The question on the minds of many, therefore, is since humans have been consuming wheat in one form or another for thousands of years, can wheat and gluten really be such a problem for so many, or is gluten-free simply a fad?

An important factor to be aware of is that wheat is not the same today as it was one thousand years ago, one hundred years ago or even sixty years ago. Historically grains were soaked, sprouted and fermented. Wheat and gluten exist today in an over-processed hybridisation form. In addition, the cross-breeding and genetic manipulation of modern day wheat has changed the protein and nutrient composition of the plant. Whereas bread was once baked using slow rise yeasts, today flour is bleached and bread is baked with quick rise yeast. Sadly, the common wheat-harvest protocol today in many countries is to dredge wheat fields with Roundup several days before harvest. Roundup contains the active ingredient Glyphosate, which has been implicated in numerous health issues. Many people are unaware that not all problems with gluten manifest as gut-related issues. Many people who have no gut-related symptoms, and therefore believe they do not have a problem with gluten, are actually experiencing life-depleting side effects without realising it. In fact, in a recent study, as many as five out of six people who believed they had no gluten-related symptoms, had inflammatory autoimmune blood proteins when exposed to the gliadin protein in gluten.[1]

There are only four key ingredients needed to make bread: flour, water, salt and yeast. Yet many of the breads on the supermarket shelves contain chemicals that do not belong in our food, including chemical bleach. In addition, many of the bread products available on the market contain added ingredients such as artificial flavours and colouring, preservatives, added sugar and dough conditioners (such as sodium stearoyl lactylate). The rule of thumb, if there are ingredients on the label you can’t pronounce, they are most likely unhealthy. The good news, however, is for those who have a less severe reaction to gluten (i.e. a “gluten sensitivity,” otherwise known as non-celiac gluten sensitivity) there are healthier options easier to digest, despite the gluten, such as sourdough bread. 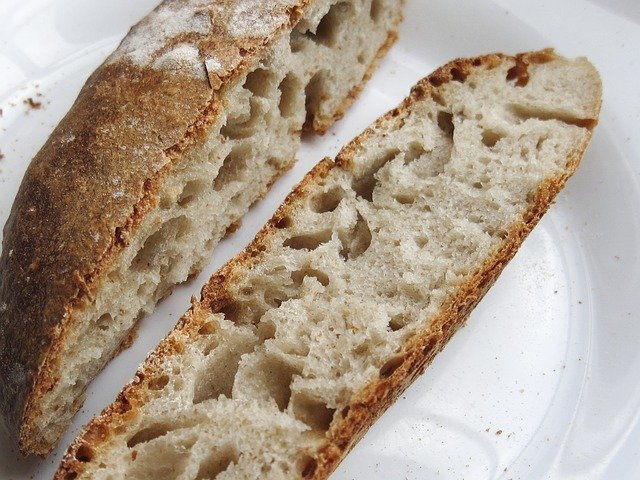 A potentially healthier option than even gluten-free is sourdough. Sourdough has been around for thousands of years but has only found popularity with western palettes in the last decade. Sourdough goes through a fermentation process that makes it easier to digest than standard white or multigrain loaves, even though it contains gluten.  Sourdough is naturally rich in a variety of nutrients, including B vitamins, B1, B6, B12, folate, thiamin, niacin, riboflavin, vitamin E, selenium, iron, manganese, calcium, magnesium, phosphorus, zinc and potassium.

Like other fermented foods, such as pickles, sauerkraut and kimchi, sourdough uses nutritionally beneficial lactic acid bacteria in its baking process, along with wild yeast, flour and water. These ingredients form a sourdough ‘starter’ that ferments the sugars in the dough, changing it at a molecular level. One of the changes that happen during the fermentation process is that many of the proteins and peptide bonds in the gluten are dissolved. This means that many people who are gluten sensitive have found that they are able to consume sourdough without any negative reactions. Be aware though, that the properties of sourdough will vary depending on the baking process and specific ingredients used, so do not assume that having no negative effects from one loaf will mean you will remain unaffected by others.

Another benefit of sourdough is that several studies have shown it to produce less of a blood sugar spike than regular bread. Whereas eating a couple of slices of whole grain bread can produce a similar effect to that of a bar of chocolate, the effect in sourdough is significantly less. This makes it a better choice for those suffering with, or at risk of, diabetes.

Making your own bread at home allows you to have more control over the ingredients that go into it. You can use high-quality whole wheat and you can avoid the additives that are often infused into the commercial breads. You can also make your own flour by soaking and sprouting grains, grinding them to use in your breads. This method also lowers the amount of phytic acid (found in most grains and which can prevent the body from absorbing crucial vitamins and minerals).

For those without celiac disease, is going gluten-free healthier? If you are eating gluten free it is important to pay close attention to the quality and nutrient content of the breads you are choosing. In response to the huge demand for gluten free products, scientists are currently working hard at developing tasty, delicious and nutritious gluten-free breads using some of the more nutritious flours. However, many gluten-free products are prepared with corn or rice starch, both of which have a high glycemic index and low fiber content, raising the risk for developing obesity and/or metabolic syndrome. If you are eating gluten-free, be a label reader and watch out for long ingredient lists, additives and low fibre contents. Even better, make your own. Today there are numerous websites with great, healthy, nutritious and delicious gluten-free recipes. My personal favourite website is www.elana’spantry.com which has wonderful, easy gluten free recipes.

More and more today the gluten in bread is becoming problematic for many, with some researchers theorizing that all humans have varying degrees of sensitivity to gluten. Even if bread does not contain gluten, many of the commercial gluten-free breads have a long list of unhealthy added ingredients. If you are eating bread, choose the healthier options such as sourdough; always check labels and best of all go for good old fashioned, homemade.

Tracy Tredoux is a fully qualified Nutritional Therapist, living and working in London. When not giving talks or consulting with clients, she writes health and nutrition articles, tips and recipes which you can find on her website. Follow Tracy on Twitter (@TracyTredoux) for further updates and tips.