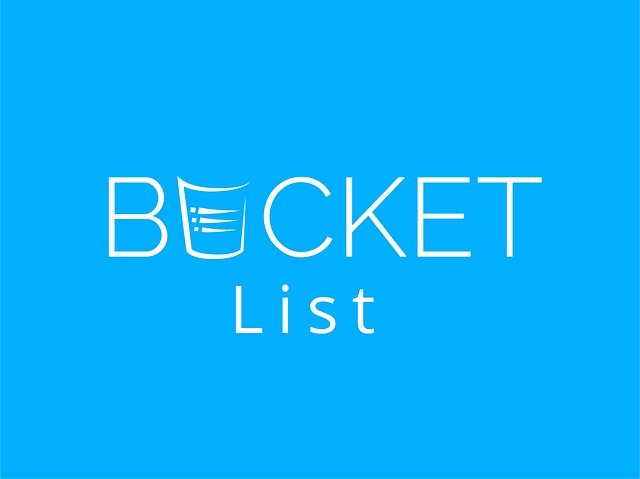 Thinking about where to go this year? We’ve looked at 5 common bucket list items to help inspire your travel plans for 2020.

Iceland is a popular destination to visit to try and capture the memorising landscape. But even if you spent a week there, you may not actually get to see them. There’s lots of factors that influence whether or not they’ll be on display and wherever you go there’s no chance you’ll see them.

However, you can better your chances and visit Tromsø in Northern Norway. It’s apparently the place to go.

Northern Norway is within the Arctic Circle and compared to other destinations within it, it has a somewhat more consistent and stable weather condition. Making it more likely you’ll see activity. If you’re looking to catch a glimpse of them, The Aurora Zone website recommends with this destination (as with any) to head out of the city. It needs to be dark and free of light pollution to see it at its most spectacular.

You can fly to Tromsø from London for between £50-£60 return. Accommodation ranges from £85-£150 per night within the city. Want to watch them dance across the sky in a glass igloo? You can stay at the Lyngen North for around £330 per night.

When people think of safari, they automatically think of Africa. However, there are reservations all over the world. So if a safari is high on the hit list, don’t think you’re limited on where you can go. I was fortunate enough to do a safari in Sri Lanka where we got to encounter elephants up and close. Disney also offer an encounter experience at the Animal Kingdom where you can have lunch overlooking the reserve. India and South America are also very popular destinations for a safari tour.

There are lots of safari experiences to suit an array of budgets, even in Africa. Before heading to the travel agents, do a little research beforehand. Determine what you’d really like to see in the wild and find reserves that can offer you that. From there you’ll know where you want to go and can plan around that, hopefully finding something to suit the budget and tick off a major bucket list goal.

This could be one to catch in the January sales so plan now to travel around September-November time to get the best deals.

You don’t have to go far to execute this bucket list desire, nor will it cost the earth. There are plenty of vineyards all over the country if you want to keep this low budget.

Dalwood Vineyard are based in Devon and you can go on a vineyard tour and wine tasting tour for as little as £15. It’s quite delicious stuff with something for everyone. They’re a small local business that is managed by a few locals. So something completely different to the larger well-known wineries around the world.

You could also head to Wales and take a tour of the Glyndwr Vineyard. Tours here continues through the winter; who doesn’t love the sound of being served wine in the lovely, cosy, candle-lit barn overlooking the vineyard?

Since seeing one of Beyonce’s home videos of her out whale watching it’s been at the top of our bucket list. So we’ve done a fair bit of research into it. One of the BEST places in the world to go whale watching is Maui in Hawaii. During their breading period of between November and May, the pacific Humpacks are typically found in the Maalaea region of Maui. You may also spot a dolphin or two and other whale species.

If you’re looking to see an orca/killer whale, head to the San Juan Islands in Washington (state). You can get there fairly easily from Seattle which is also well worth a visit. The best time to go whale watching in this area is between mid-May and mid-October.

Iceland is also a prime destination for whale watching and a lot of whale species tend to migrate there at some point during the year. You could see humpacks, orcas, blue whales, bottlenoses and so much more. The best time to go whale watching in Iceland is between April and October with the peak season during the summer months. However, unlike our other two mentioned destinations, there are whale tours that operate all year long.

Go to a festival

With Glastonbury sold out, don’t lose hope of not ticking a festival off the bucket list this year, there are plenty of alternatives. I’ve been to a fair few festivals and if you’re looking for something with a Glastonbury vibe, Coachella should be your go-to.  This Californian festival sees some of the biggest and hottest acts on the planet. It’s got a fair amount of street art too and best of all…the weather is generally quite favourable as it takes place in the dessert. It will be scorching. Need we say more? As Coachella takes places over two weekends, you’ve got a good chance of being able to attend. The years festival takes place on the 10-12th and 17th-19th of April. Advance sale has already taken place but the general sale takes place mid-Jan so if you’re wanting to go this year, you best sign up to the newsletter and follow them on social to get the sale dates.  Don’t want to wait? You can book travel packages NOW with Valley Music Travel that includes hotel stays, shuttle services and, most importantly, tickets to the festival.

What destinations or items are on your bucket list? We’ve love to hear from you- let’s inspire each other! Share your ideas in the comments below.